This is a new section for my blog! Because I like reading (since I am a literature student it would be alarming if I didn't), I am starting to introduce good reads that fit the aesthetics of goth subculture, or are other way gothic and darkly inclined. The first Creepy reads review is a non-fiction, a research of goth subculture by Valerie Steele and Jennifer Park. 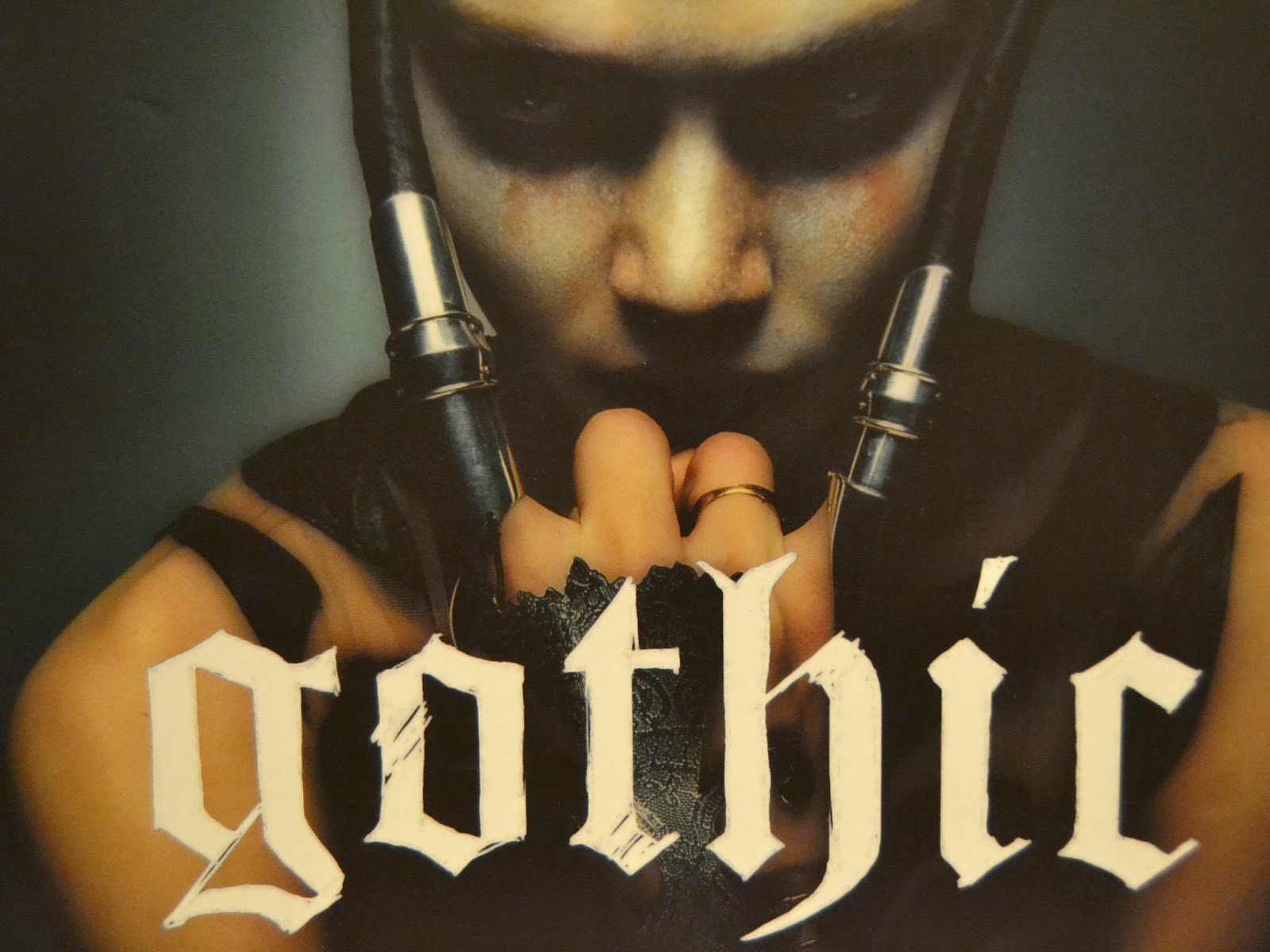 Their book Gothic: Dark Glamour was published by the Yale University Press year 2008 and I actually got my copy from the Library of University of Helsinki, so one can trust the research has been done well in this book. I found Steele's and Park's work in the area of Research of Art, the music studies section but two thirds of Gothic: Dark Glamour is about history of aesthetics and fashion. I guess in a polytechnic's library Gothic: Dark Glamour could easily be in the section of fashion and design. 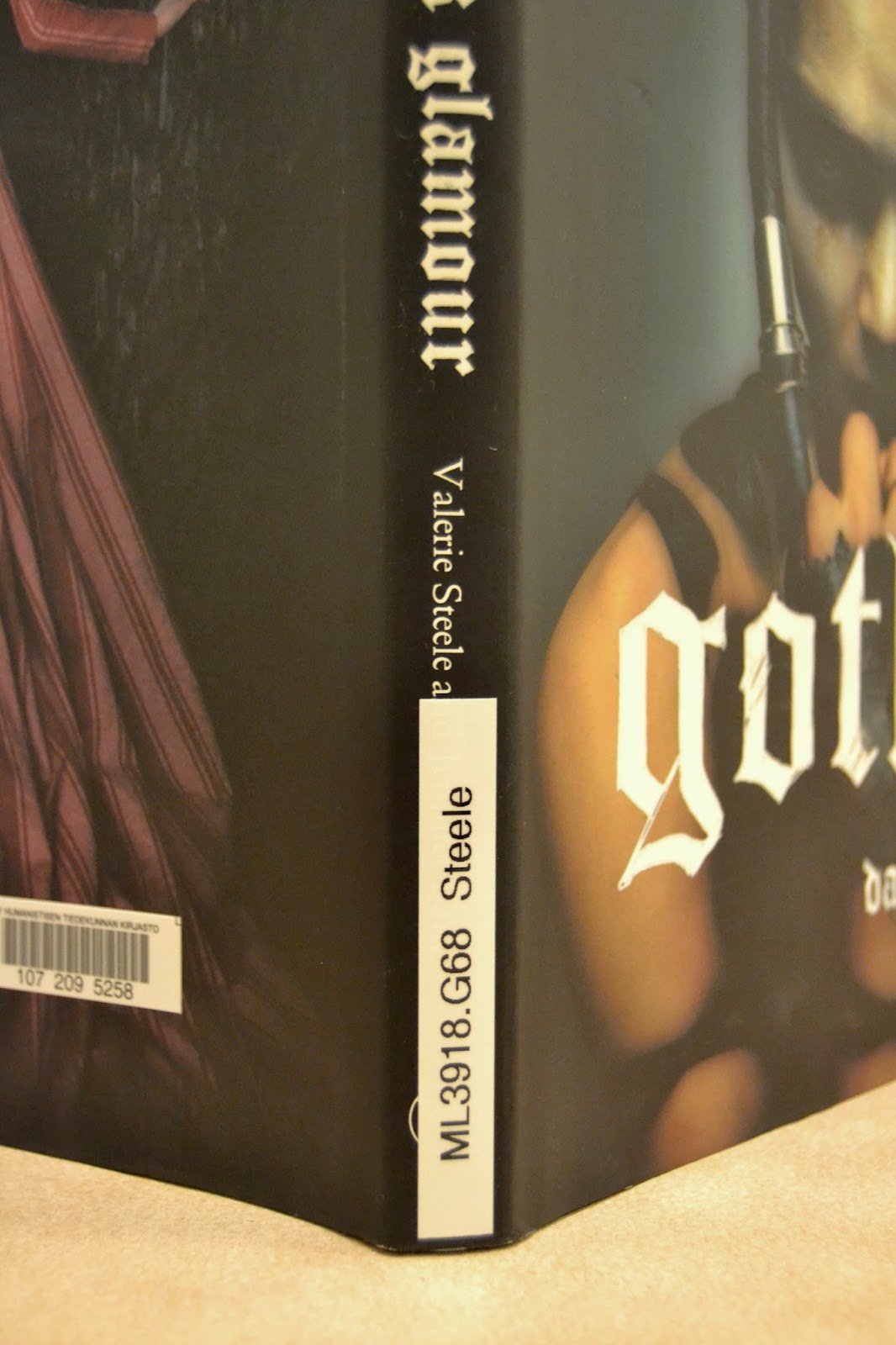 In this book there are two section, the first is about the origins of goth subculture and how the aesthetics and different sub-genres have emerged. The first section then continues to view how the dark glamour of goths and of history have influenced 20th century fashion.

For me, new information was how much dandy has influenced goth culture. Of coarse I knew Baudelaire's The Flowers of Evil and how decadent and romantic characters like Baudelaire are appreciated in some sub-genres of goth but I did not know that darkly inclined dandies of 19th century had ripped their clothes on purpose like later punks and 80's goths!

I had a bit mixed feelings of the part in which the different sub-genres of goth and their typical dressing were described. Of coarse one has to make some sort of classifications and be slightly stereotypical to highlight the differences. I must admit I kind of got the feeling that they described the uniform of all sub-genres and if you mixed them up everyone would reject you. Of coarse it probably was not like that, especially in the real world. All in all, the classifications were clear and I'm sure they would help a person who is not a goth or who is not sure of their gothness to understand and recognize differences inside goth subculture.

I must admire how much the authors of Gothic: Dark Glamour have put effort in research, there are numerous interviews and they have found many designers who I did not know who were associated to goth or whose designs tend to be dark and sinister. 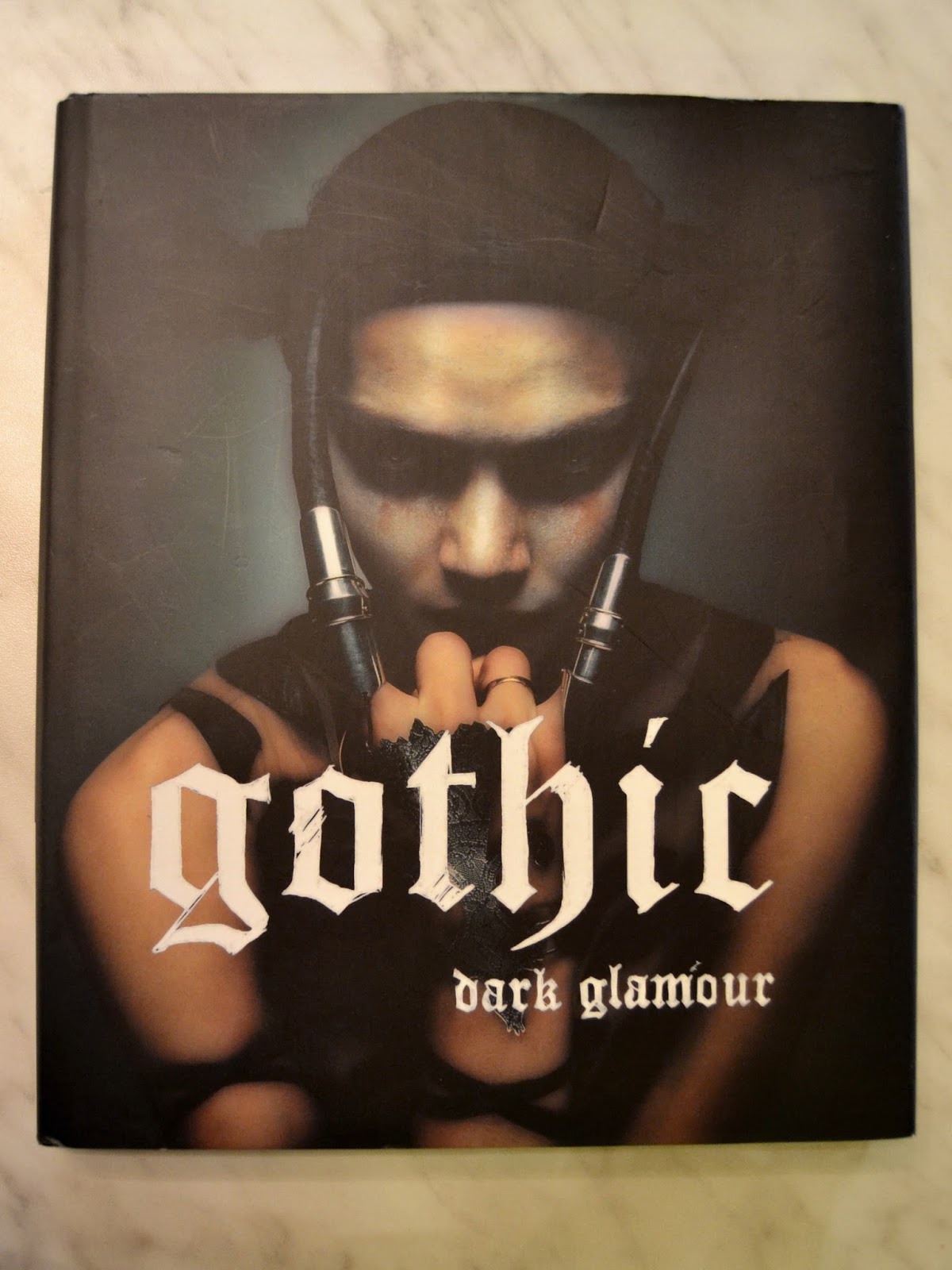 The second section of the book is written by Jennifer Park and it is titled "Melancholy and the Macabre: Gothic Rock and Fashion". I was glad to find that the music section begins with the pre-history of gothic rock, reflecting and analyzing The Velvet Underground, Dawid Bowie and Iggy Pop, and their influence on the sounds of gothic rock and the fashion of goths.

Park does not simply focus on the music but keeps in mind that a band is much more; how their album covers are designed, how they dress on gigs, what inspired them and so on. This book also reveals why many bands denied the attribute "goth". In publicity, "goth" was not a positive term for most people, it had negative connotations like fake, poser and naive. Many proto-goth bands felt like "goth" was more appearance, less substance, and they considered they had substance in their music.

I was really pleased to read about how certain bands got into publicity and how members of different bands interacted with each other. That is something I have never thought about, I don't know why. I also like how the book was printed on quality paper and all photos looked amazingly good. In summary, I recommend Gothic: Dark Glamour, especially to those who are interested of fashion and dark aesthetics. I could spend an hour just to look at one photo of Alexander McQueen's design or this Untitled, Stern 2005, which was in the book!

In August, I noticed an advertisement of this exhibition "Terror & Wonder: The Gothic Imagination" in the British Library and I have decided to go and see it. I have never been in London and my plan is to go with some friends there for a few days. They say at their web page that this exhibition is exploring our enduring fascination with the mysterious, the terrifying and the macabre. I don't think there is anything else to add. And check out this beautiful poster for the exhibition by Dave McKean!


I do not know if other people often travel to other countries for just one show or exhibition but that is the case. :) Of coarse I have wanted to visit London before too but this exhibition is something I do not want to miss so it makes me finally put a date on that travel plan.

Another show I would really want to see is "Death becomes her: A Century of Mourning Attire" in The Metropolitan Museum of Art, which Trystan mentioned in a post too. Alas, the tickets from Finland to New York are way more expensive than tickets to London from that same starting point.

So, if you have some fun memories from London and tips where to go and what to see, I'd be really happy to read them in the comments!
Posted by Jade at 13:30 1 comment: