Goth Tourist in London: Terror & Wonder and other things to see

At the beginning of January I traveled to London with two friends. The main attraction was of course Terror & Wonder: The Gothic Imagination. This post is mainly about that exhibition but other things that might interest a goth tourist in London are introduced or mentioned at the end of this post! 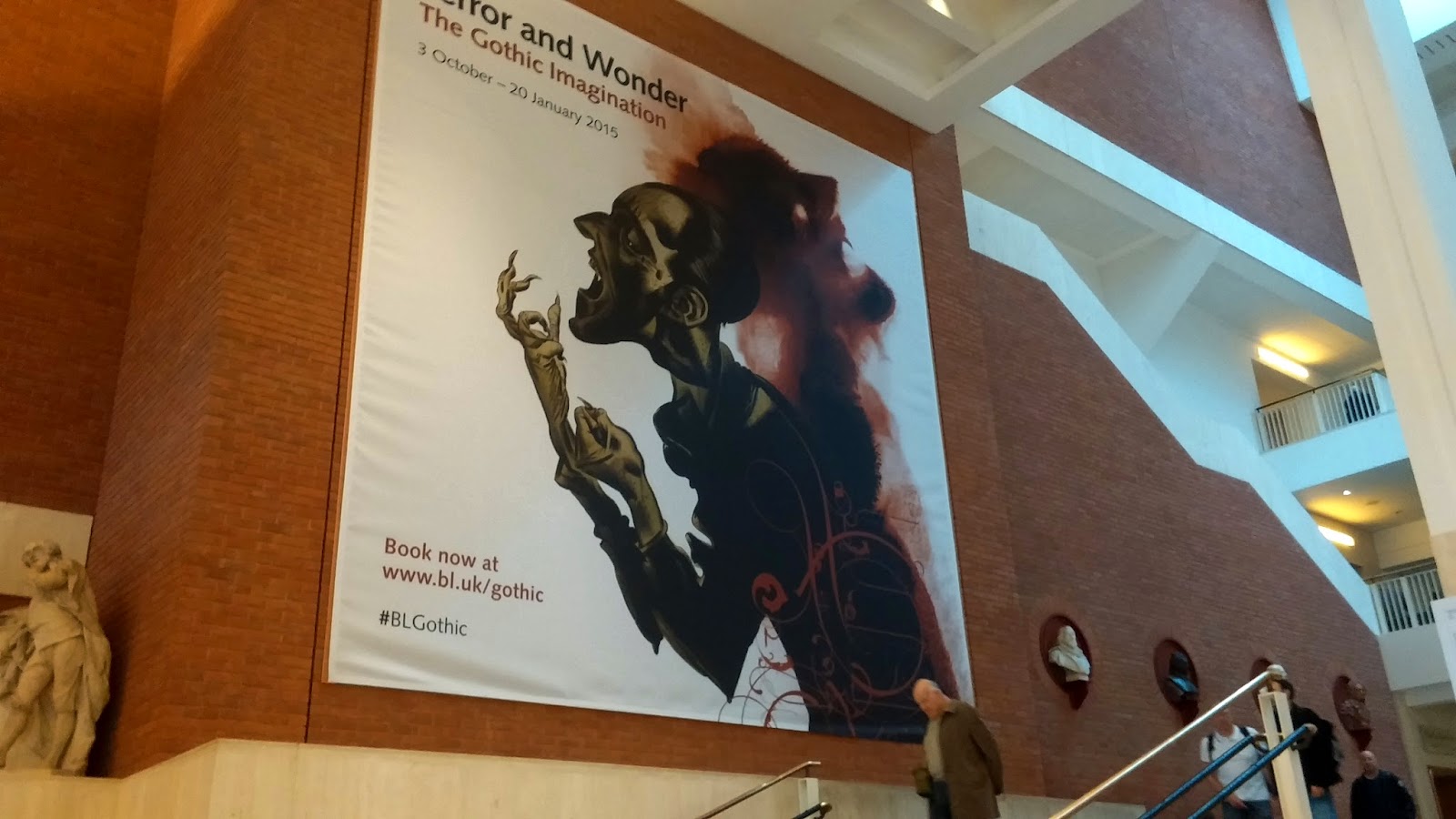 For a literature student the beginning of the exhibition did not offer that much new information, especially of the better known classics but they were well presented. The only thing that slightly annoyed me was that when the subject was Mary Shelley's novel Frankenstein; or, the Modern Prometheus they systematically used the word "monster" when concerning the creation of Dr. Frankenstein. In the book it is called Creature or Demon but very rarely Monster. Monster is a label it got from the movie industry. Frankenstein was filmed in 1931 and was part of the "Universal Monsters", because the same company (Universal Pictures) also made several films of Wolf man and Dracula. 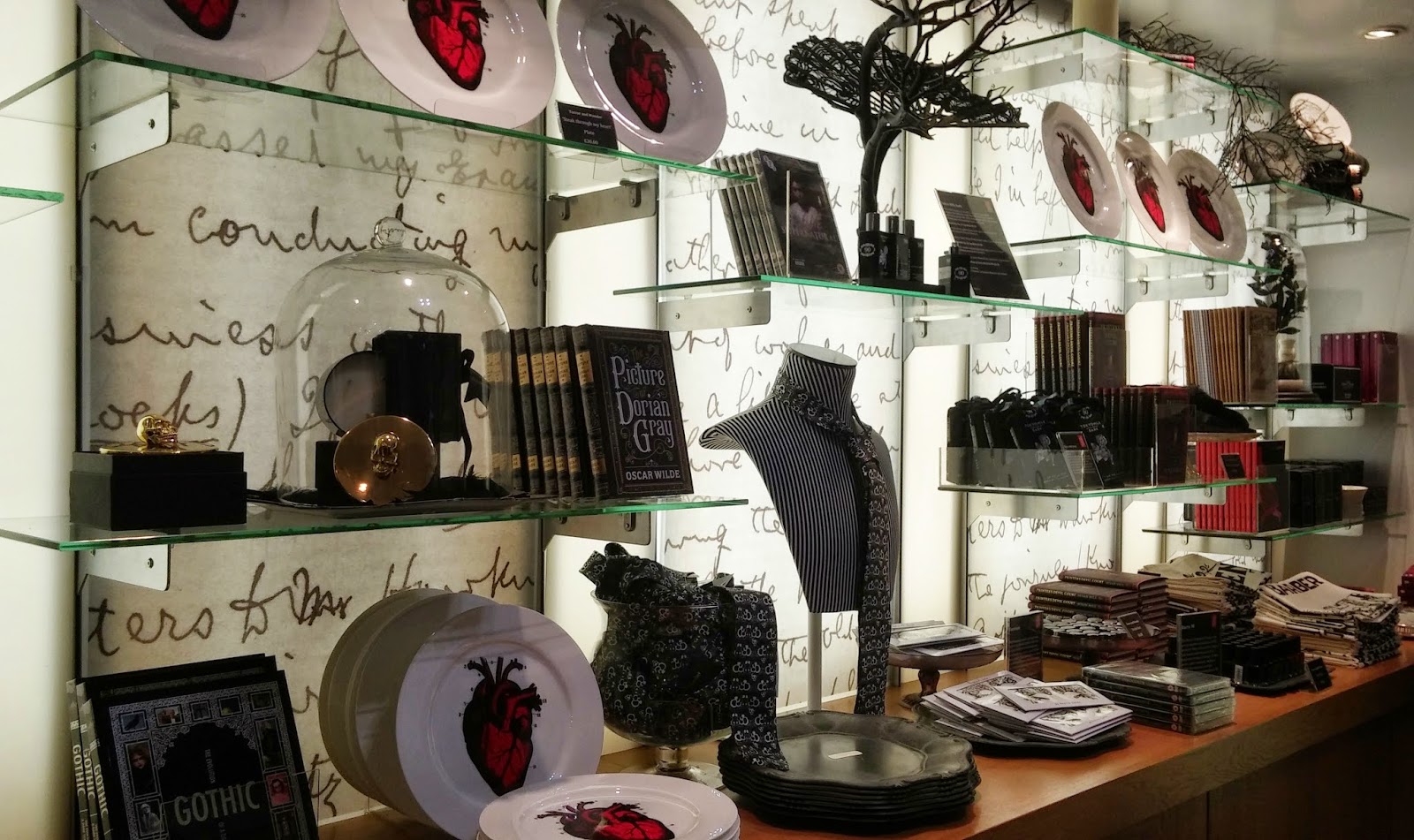 My other friend was a bit disappointed of the final room of the exhibition. It was supposed to be about goth subculture today but it was just a few photographs of Whitby Goth Weekend. Nice photographs but still. I got the feeling that instead of being another item to show, today's goths were more like a "to be continued..." kind of comment on the whole exhibition. The things that fascinated people on the Gothic literature of 18th century are still fascinating us. Goth subculture evolves and is very diverse so trying to define it in one small exhibition room will most certainly get somebody angry or offended.

I took some photos in the museum shop, they had really invested in the products and the decor of the place! In the sealing there were huge keys, as you can see, because a locked space is a typical element in a Gothic novel and so are secrets behind locked doors and the heroines are often locked up. 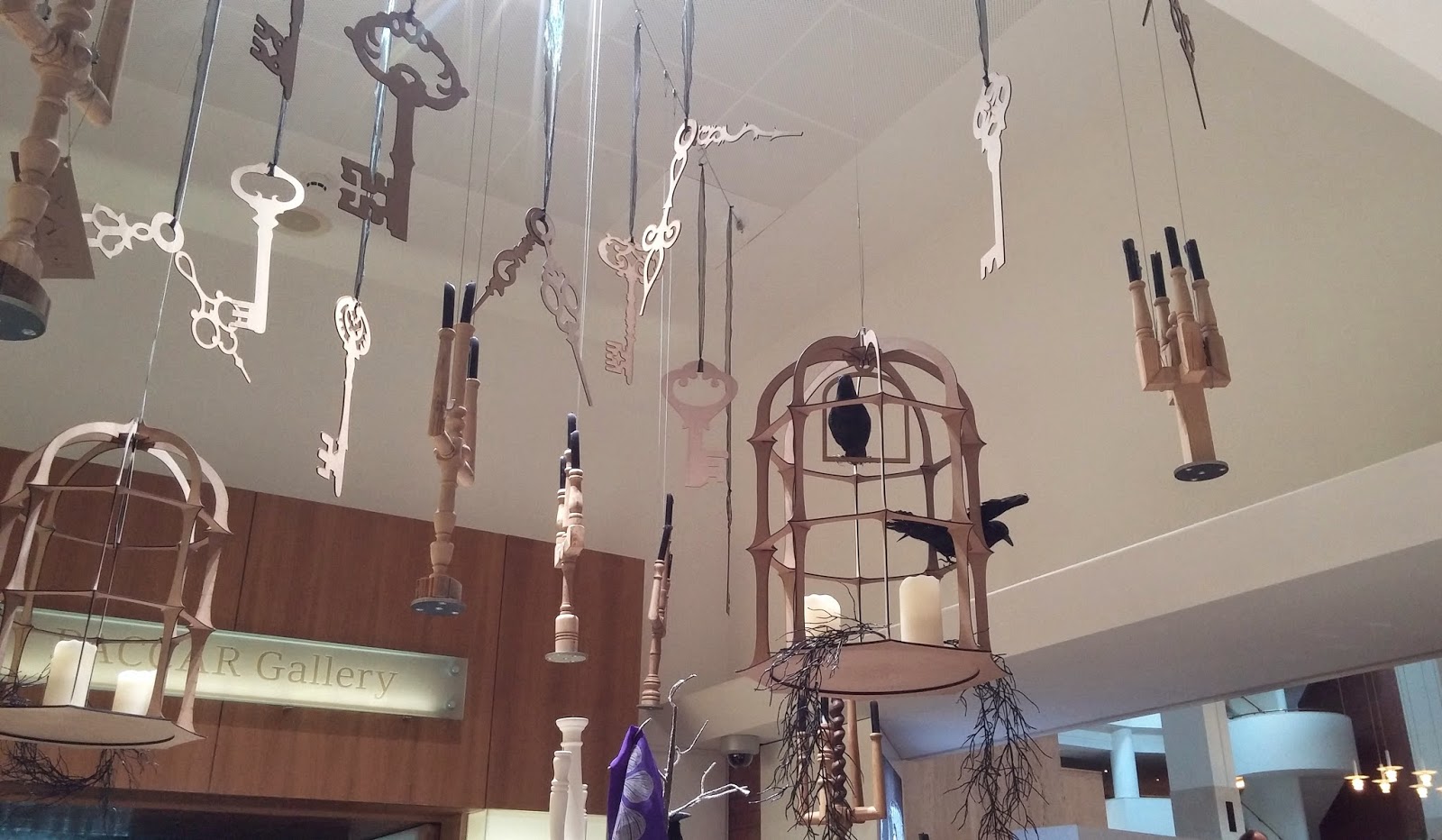 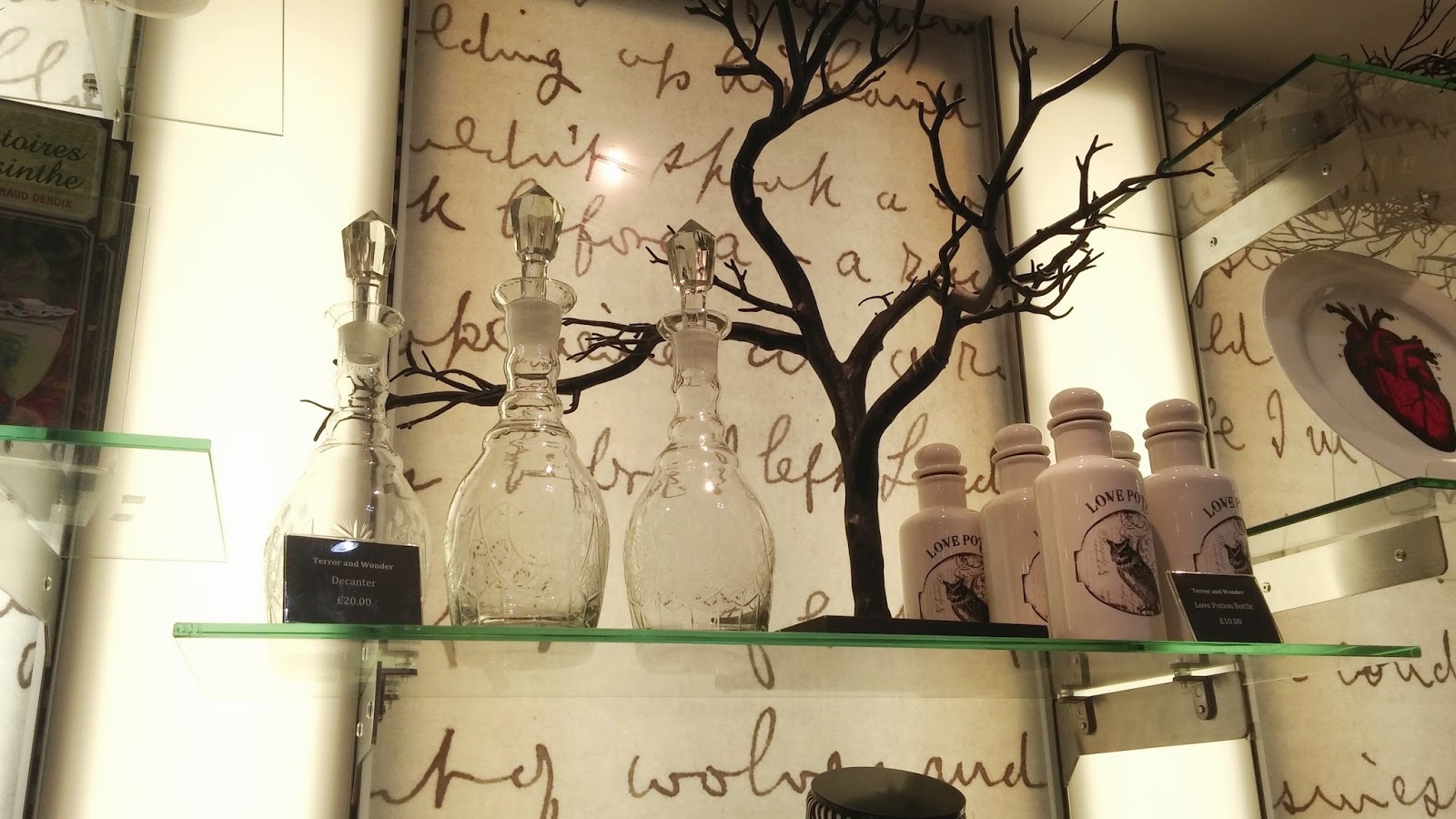 Even though the exhibition is no more, London is a goth friendly city. The architecture is worth ogling, since many of London's great buildings represent the Gothic Revival architecture. Close to Charing Cross tube station is Cafe in the Crypt in the crypts of St. Martin-in-the-Fields. Me and my friends drank some wine in there before attending a concert in the church. They played Vivaldi and it was an exquisite way to spend one of the nights in London. Classical music has many qualities a goth would appreciate, the drama, the violins, etc. so I do recommend listening to it in beautiful surroundings like the St. Martin-in-the-Fields!

On the weekends there are antique markets. I and my friends went to two, first was in Bermondsay Square on Friday, there were more real antiques and peculiar things. One person was selling three taxidermy ducklings. Their feet were flexible so that one can place them into different poses. Someway I was tempted to buy one but decided a duckling is a bit too cute to my taste, even if it is dead and stuffed. 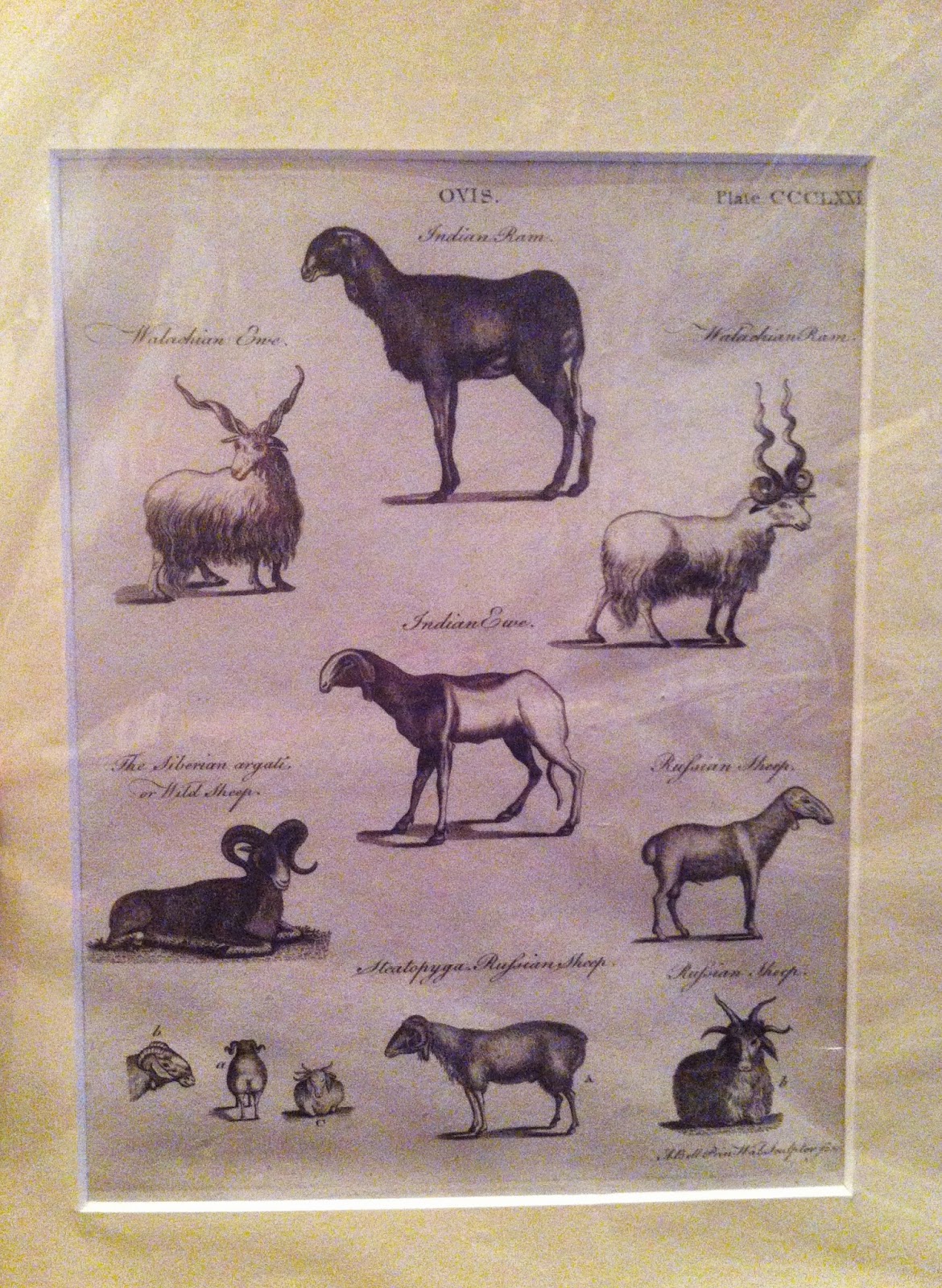 The second place we went was the Portobello Road Market. There were numerous stalls with all kinds of things from tourist crap to vintage jewelry and antique prints of human anatomy. I bought myself two old prints of animals, goats that are clearly up to no good and disturbing rhinos. They are still in the protecting plastic, I plan to find ominous black frames for them. 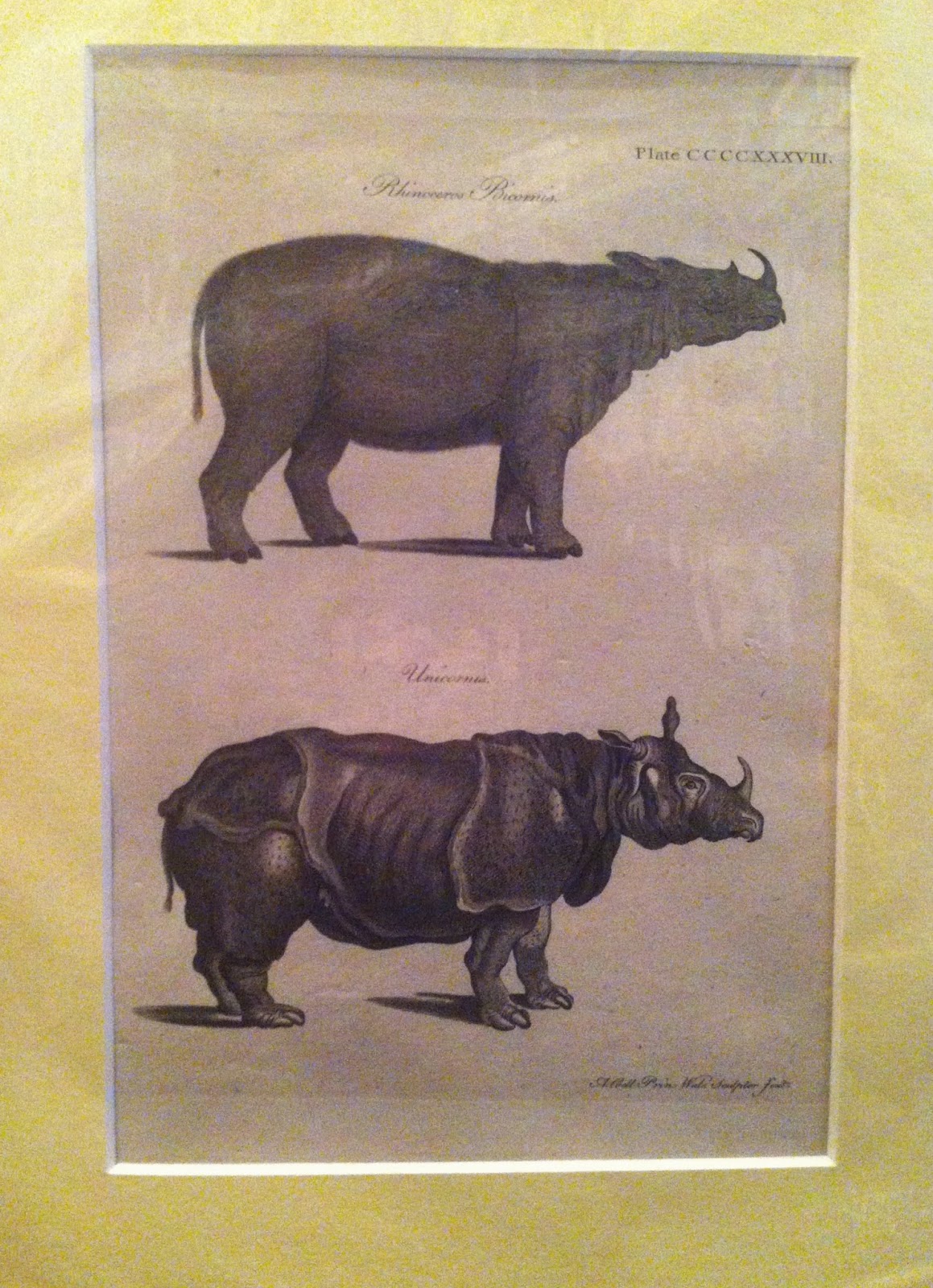 We were in London only four days so I did not get to see everything I wanted but these were the things I actually experienced and can recommend to goths. There was also an exhibition of witches and witchcraft in art in the British Museum but it too ended some time ago.

Thanks for reading and next time it is time for The Curious Professor Z's Monthly homework assignment and after that I'll post another Creepy Reads Review of a story by Neil Gaiman!
Posted by Jade at 19:10