Since I really have nothing of my old projects ready, the art book about renaissance is still not finished and so is with the DIY jewellery, I'm going to post a few pics from St. Petersburg. I was there three days and had a two-day ticket to Hermitage Museum and there were some really bizarre artworks.

In one of those huge rooms the walls were filled with 18th and 19th century paintings, they were all huge and portrayed hounds attacking something. Like a bear or a bewildered horse or a panther or each other. Those paintings were in a way extremely grotesque. The pics are not that good because I was not sure if photographing was allowed. Turned out it was in most rooms. 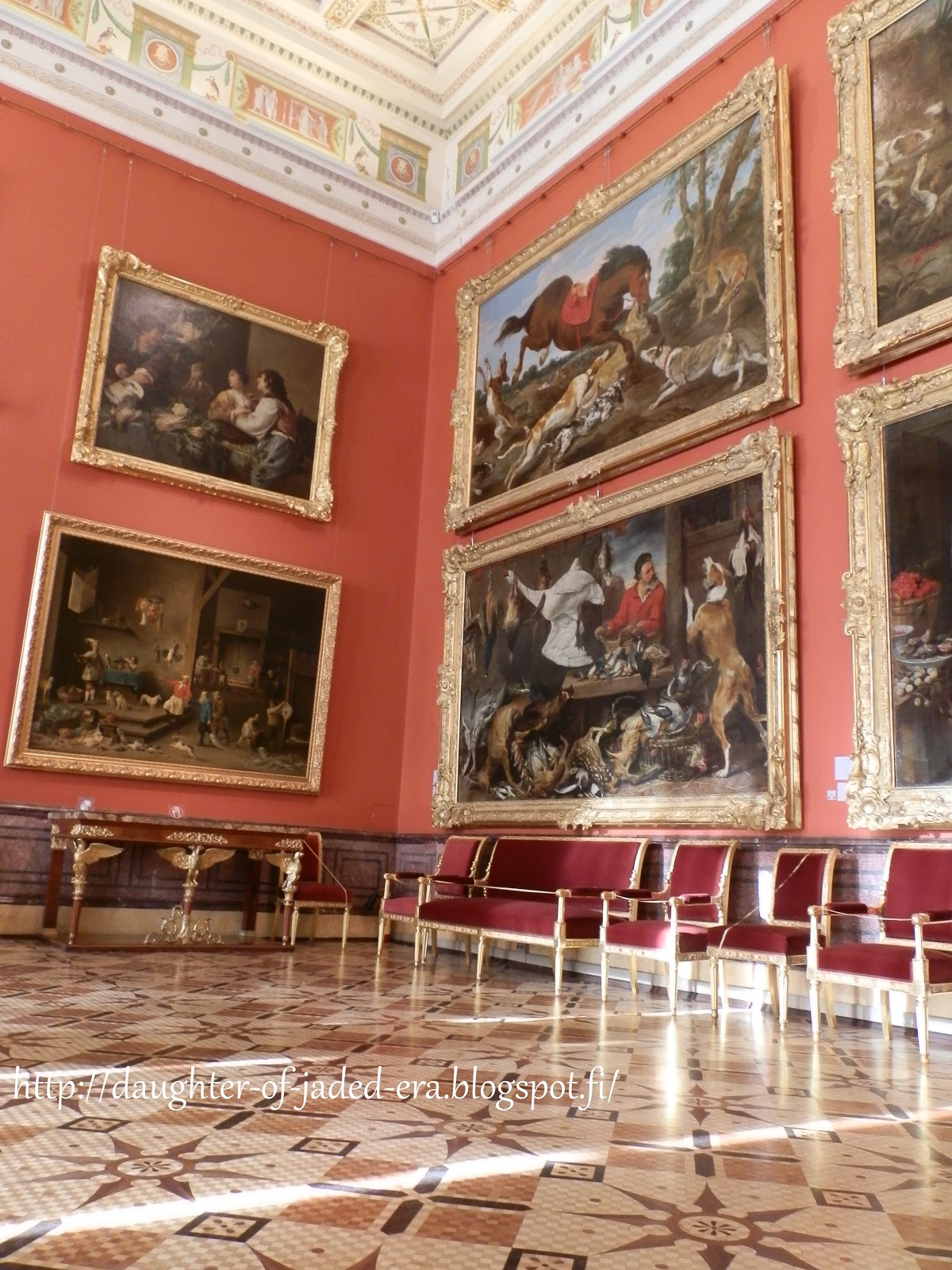 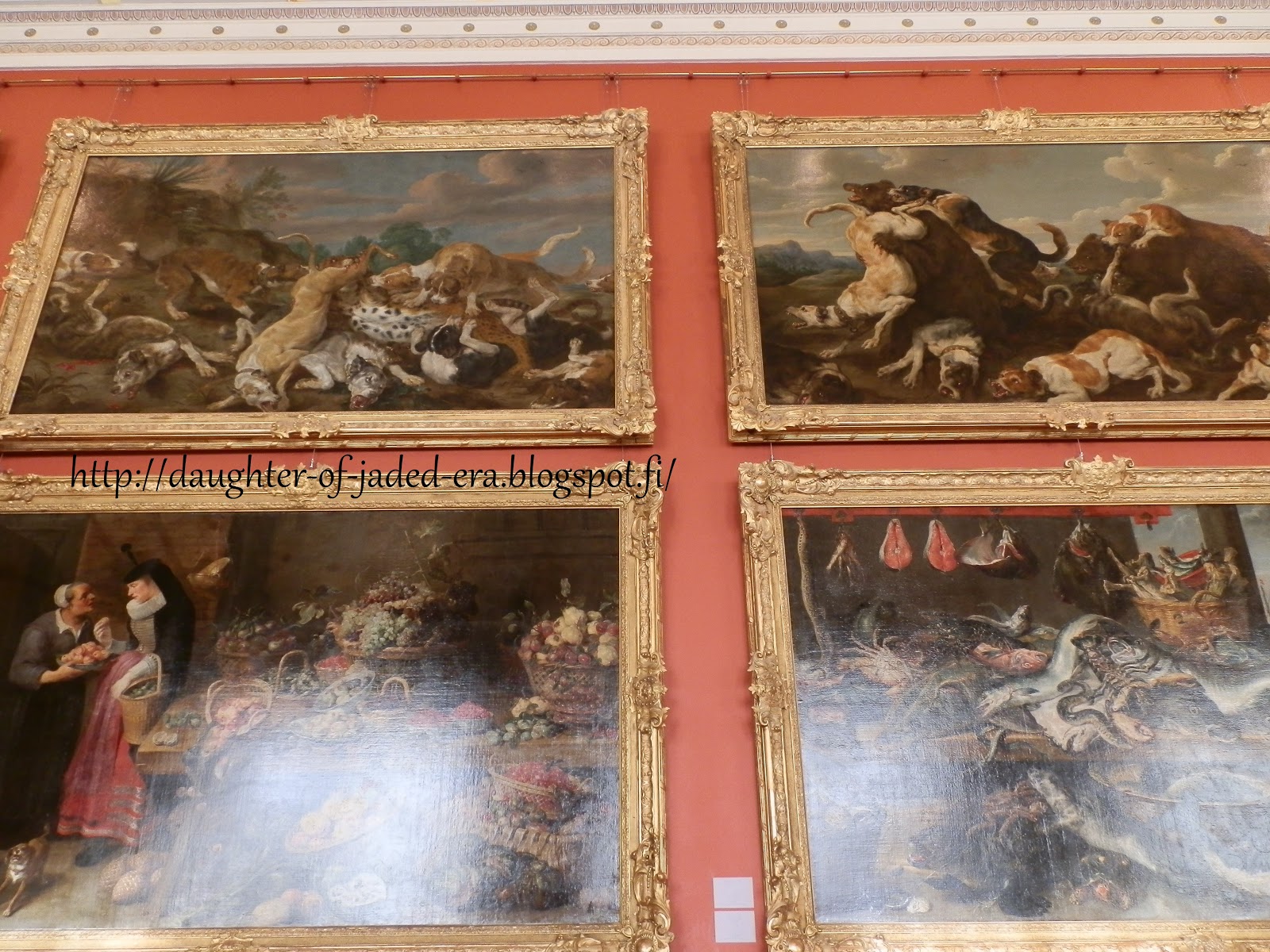 I also visited the local zoological museum and it was too a bit creepy. There must have been some really enthusiastic taxidermists, since there were everything from house pets to hundreds of penguins. I mean literally, there were several glass boxes filled with them but for some reason I did not take a photo of them. Guess I'm not that big a penguin fan as the Russians  I can't help myself to think that person who went to the South Pole and killed all 75 baby penguins and their parents, stuffed them to shipping boxes and sent to St. Petersburg.

But I did take a picture of a seal with anger management problems and a sad looking baby bear left into a cabinet with no relatives. 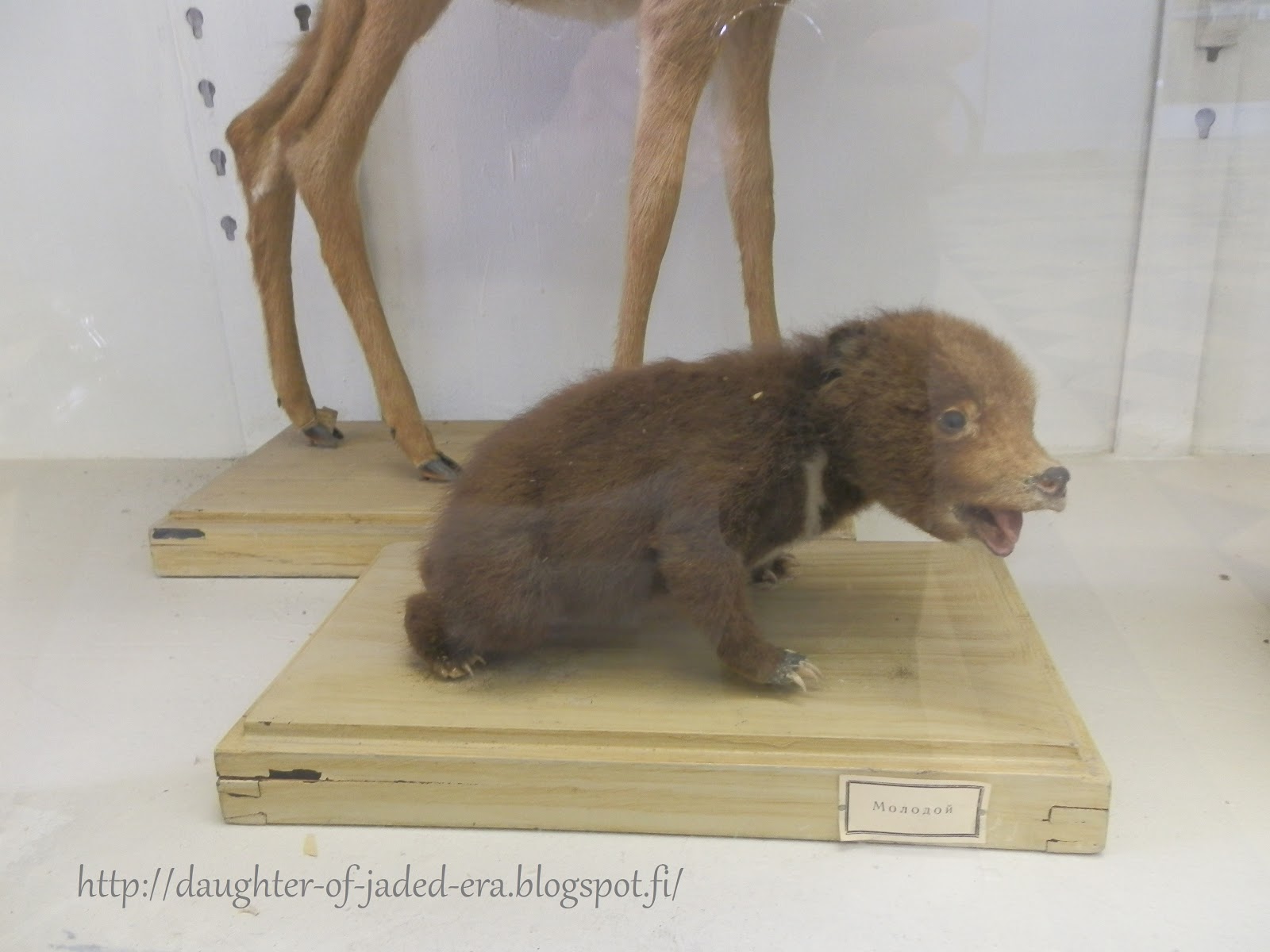 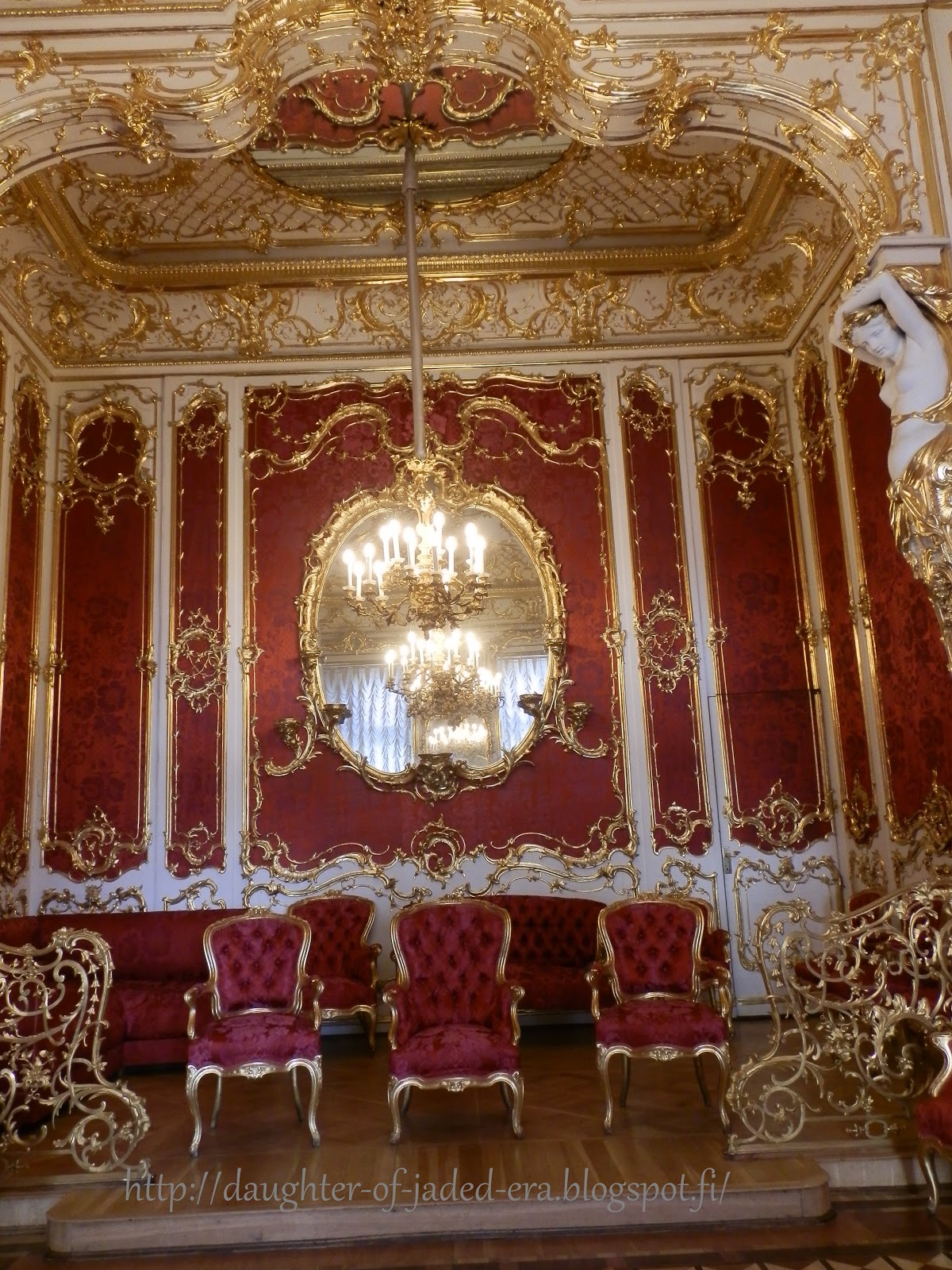