Hierarchy of needs, aka. how important aesthetics are for goths?

This post is mainly inspired by the fact that I moved into a new flat almost two weeks ago. I guess it is relevant to tell, that my common-law marriage ended in last September and I had to live in the old flat till February because the rental contract was determined to that month and there would have been financial sanctions if I had broken the contract before that.  But that's enough about the private life of Jade!

I have been awfully busy with the whole operation of moving for the last month and I felt completely exhausted. So, instead of organizing the fridge or other more urgent matters, I started to hang paintings and photos on walls. 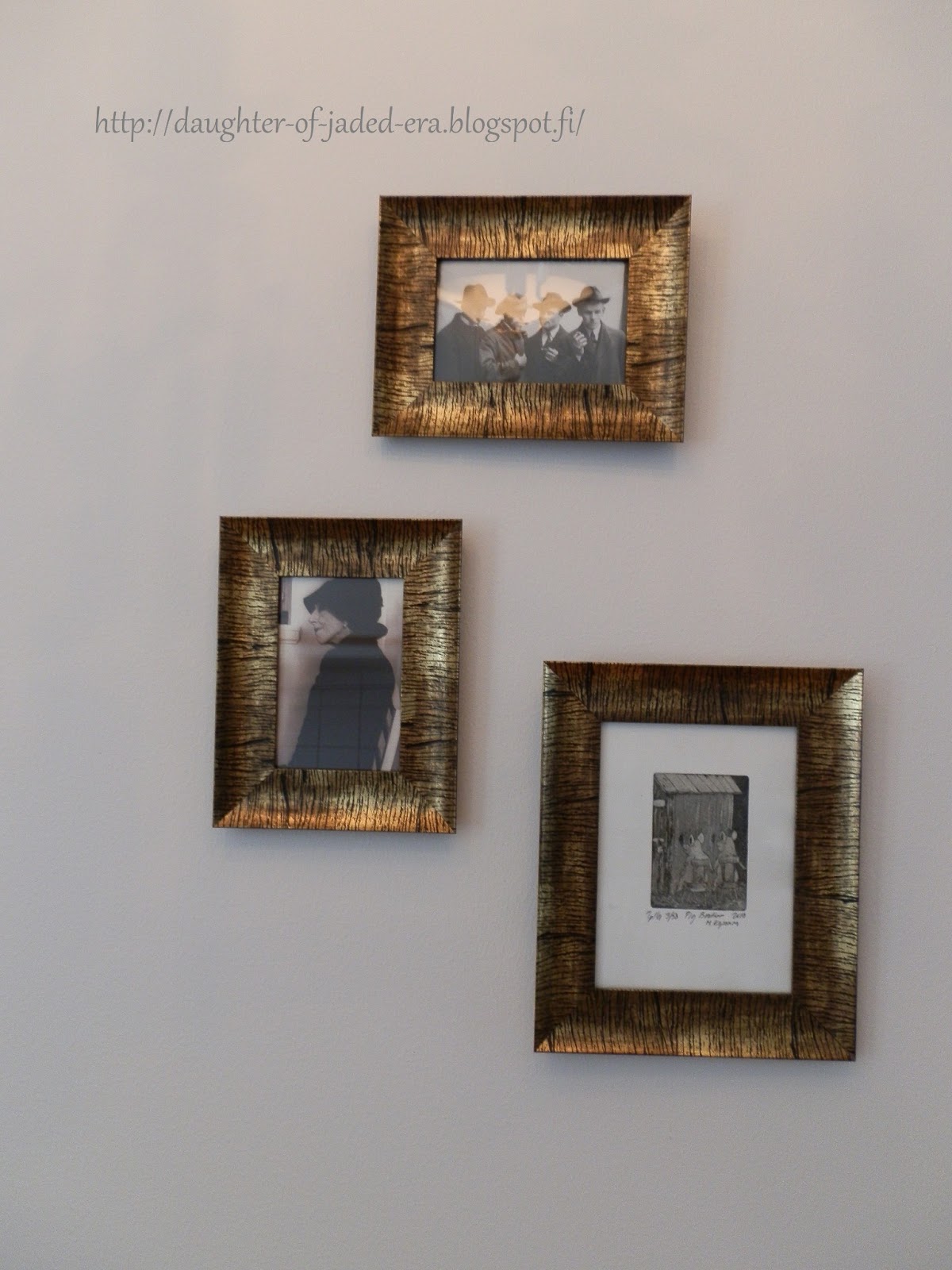 It made me think Maslow's hierarchy of needs. For those who do not know it, or just can't remember at the moment, here is a nice information package. According to Maslow, physiological needs like food and shelter are the base of human's needs and the last priority is self-actualization, which includes creativity.

This is an old theory and there has been criticism against it. The prioritization can vary in different circumstances and I started to wonder, is my circumstance altered, or in what stage of need the environments physical attractiveness is situated. The aesthetic nature of a human's environment is not mentioned in the bottom portion of Maslow's triangle, so I assume it is considered to be a part of self-actualization, since making one's home cozy is expressing one-self.

I am bold enough to claim that in goth culture the aesthetic has a big role. At least for me personally it has an important part in my life and luckily my new roommates approve my sense of decor in the no man's land (aka. living room, kitchen and corridor). I am not ashamed to confess, that I get sings of depression if my environment is ugly. Or if I can not dress at least in a moderately gothic way. I'm not saying that all goths are vain or disturbingly attached to pretty objects, but I think it is sort of a part of the sub-culture to have the tendency to appreciate twisted beauty.

The corridor would be so depressing, if there weren't some paintings or the cages on the dresser, don't you think?


For last but not least, my worktable. I decided to hang on the wall a drawing made by a friend, since it has been away from the walls for nearly a year. I like it very much, it is sad and beautiful at the same time. I need some beauty in front of my table, since I must spend a lot of time there doing my Bachelor's thesis and other essays. As seen in the picture, the table is already in a mess. 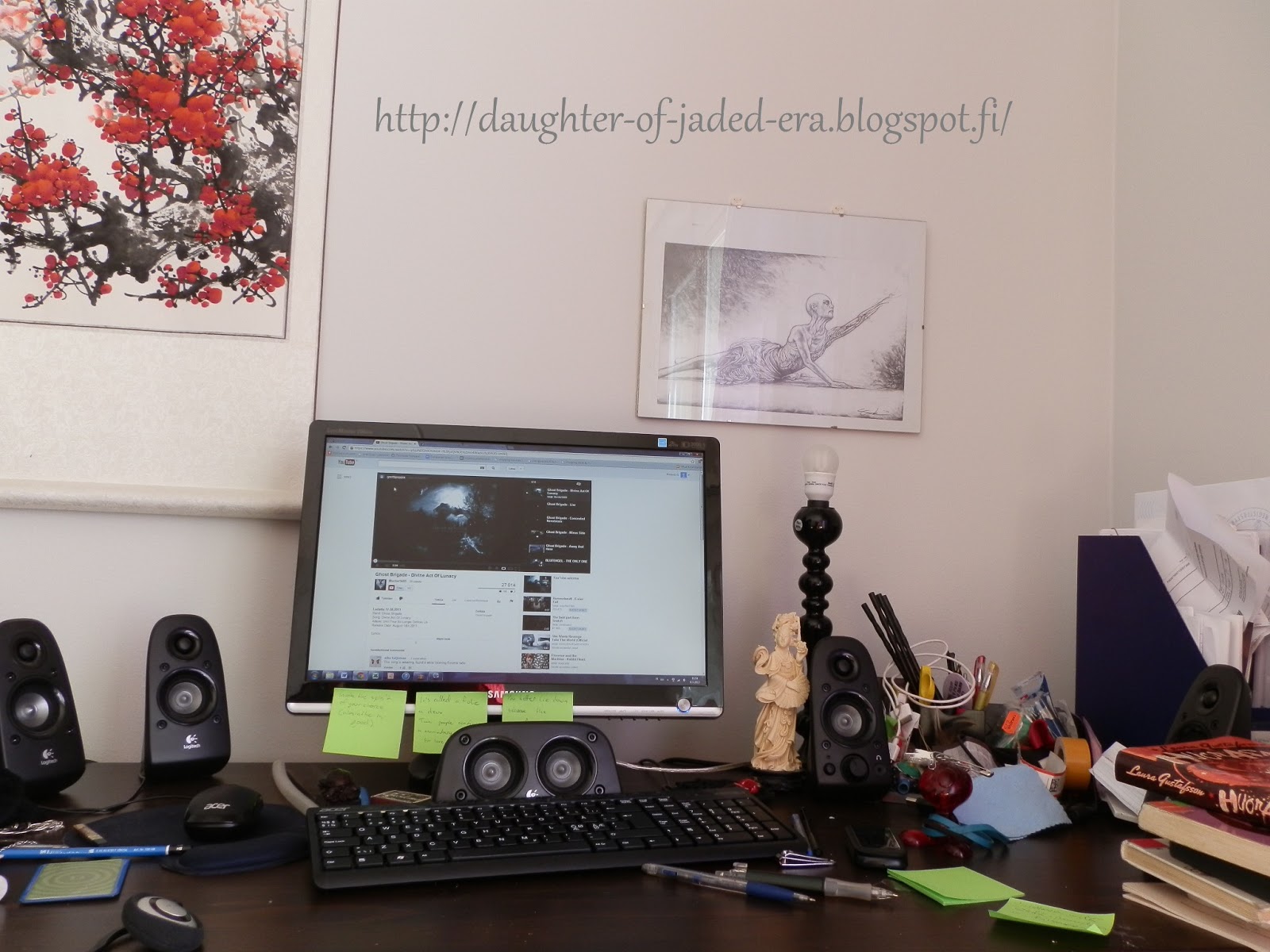 Also, the painting is not tilted, it just looks like it thanks to the point I took the photo from. Thank you for reading and next time it is CorpGoth's Mid-Moth Status Report!
Posted by Jade at 15:18