This post is inspired by Trystan from This Is CorpGoth, because her last Mid-Month Status Report was about the bags one uses everyday. I wanted to participate, but the bag I have been using is so ugly an un-goth that I just could not show it! :) 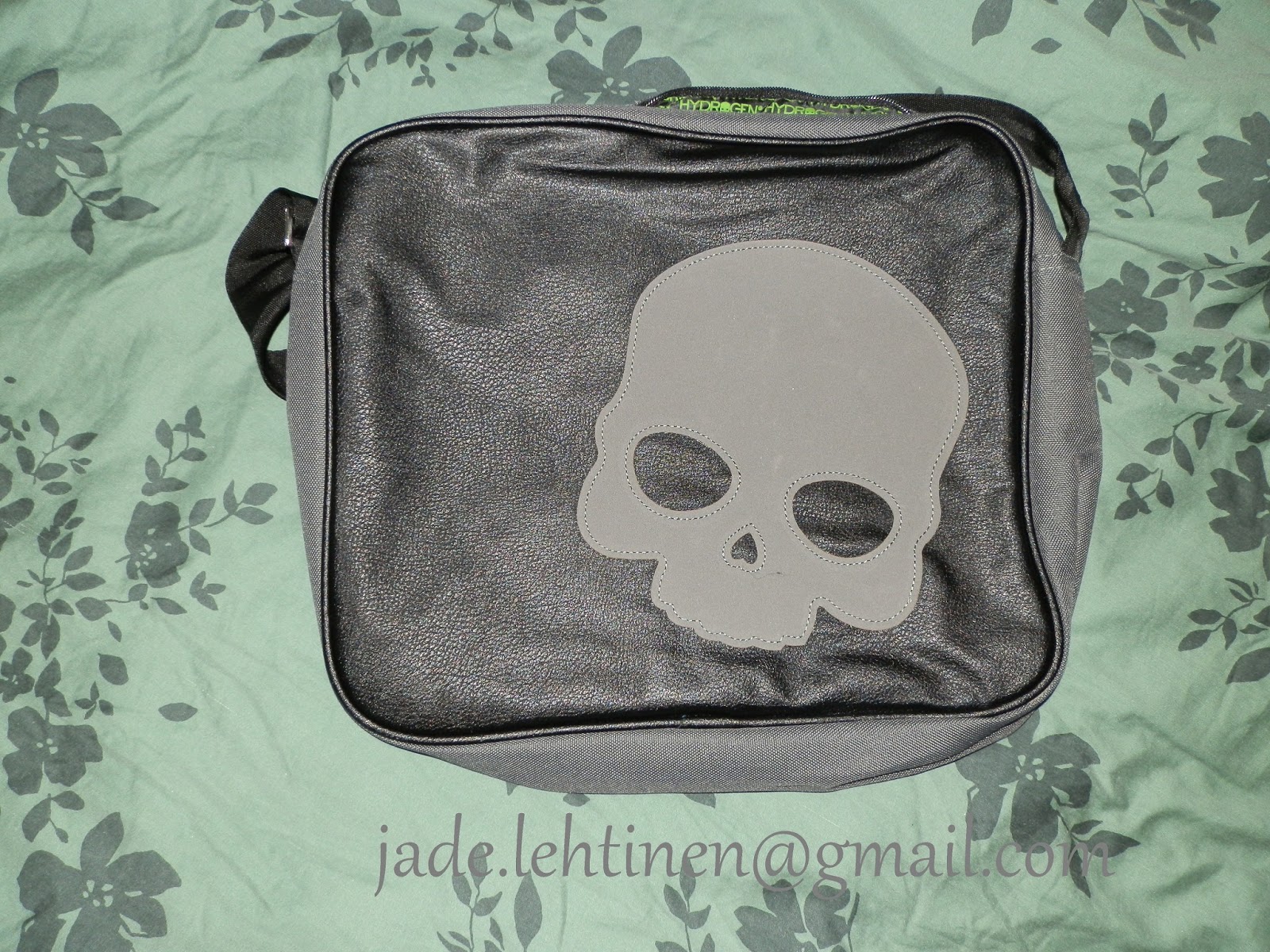 I used to use this bag, but then one ugly winter day I slipped, the bag fell on the ground and a vine bottle inside the bag broke. Even after three washes it still smells of old booze.

Back to the DIY. To make my everyday-life more gothy, I went and bought a bag from a flea market (5,85 euro). In the photo below, the bag is as it was bought, no alterations made yet. 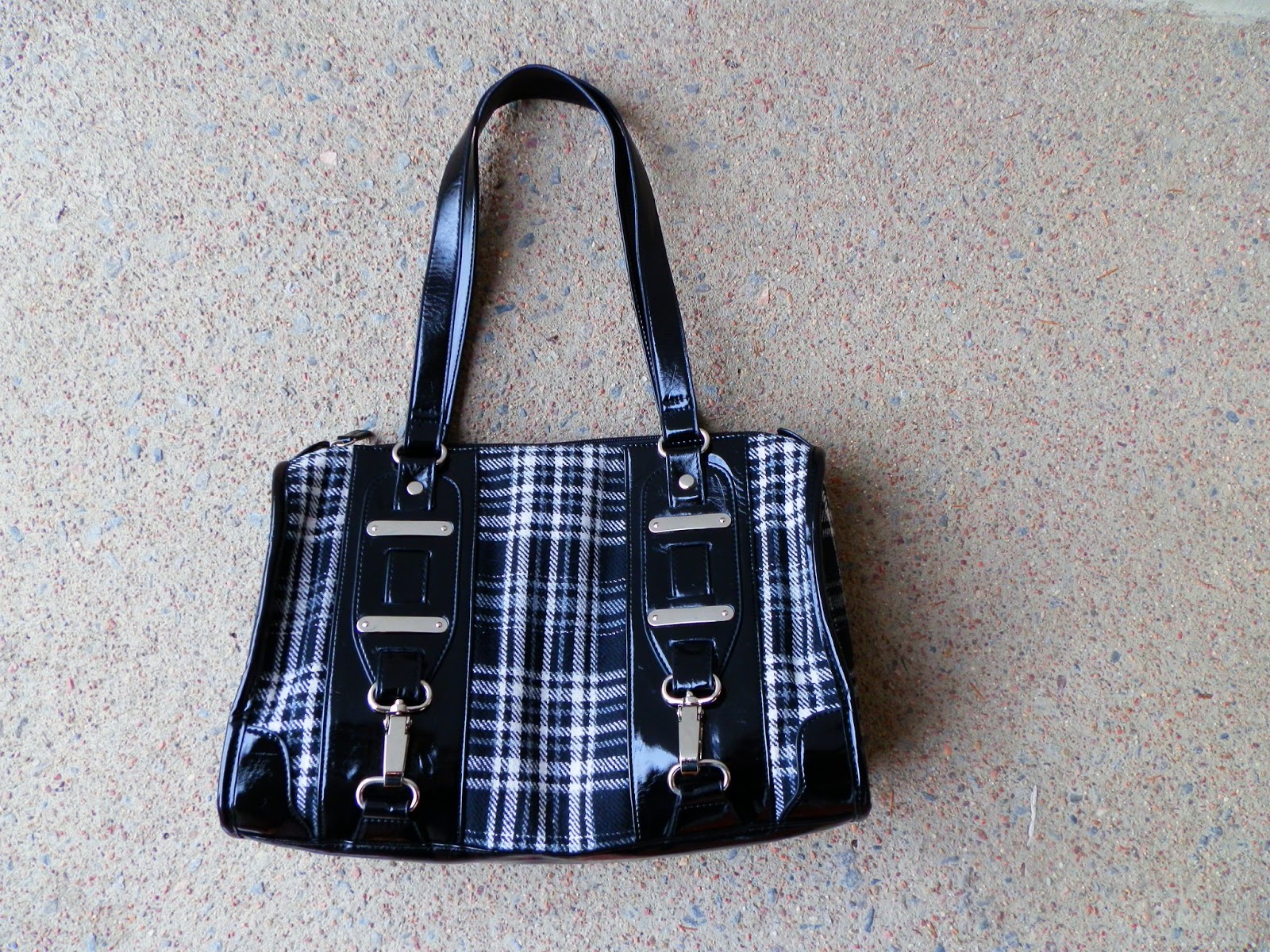 Then I tried to find some metal spikes from local alternative shops, but only one used to sell them. So, I ordered them online. one small spike was 0,50cent and a skull 2,45 euro and post costs were 2,95 euro. The total amount of cost for the gothier bag was 19,25 euro. 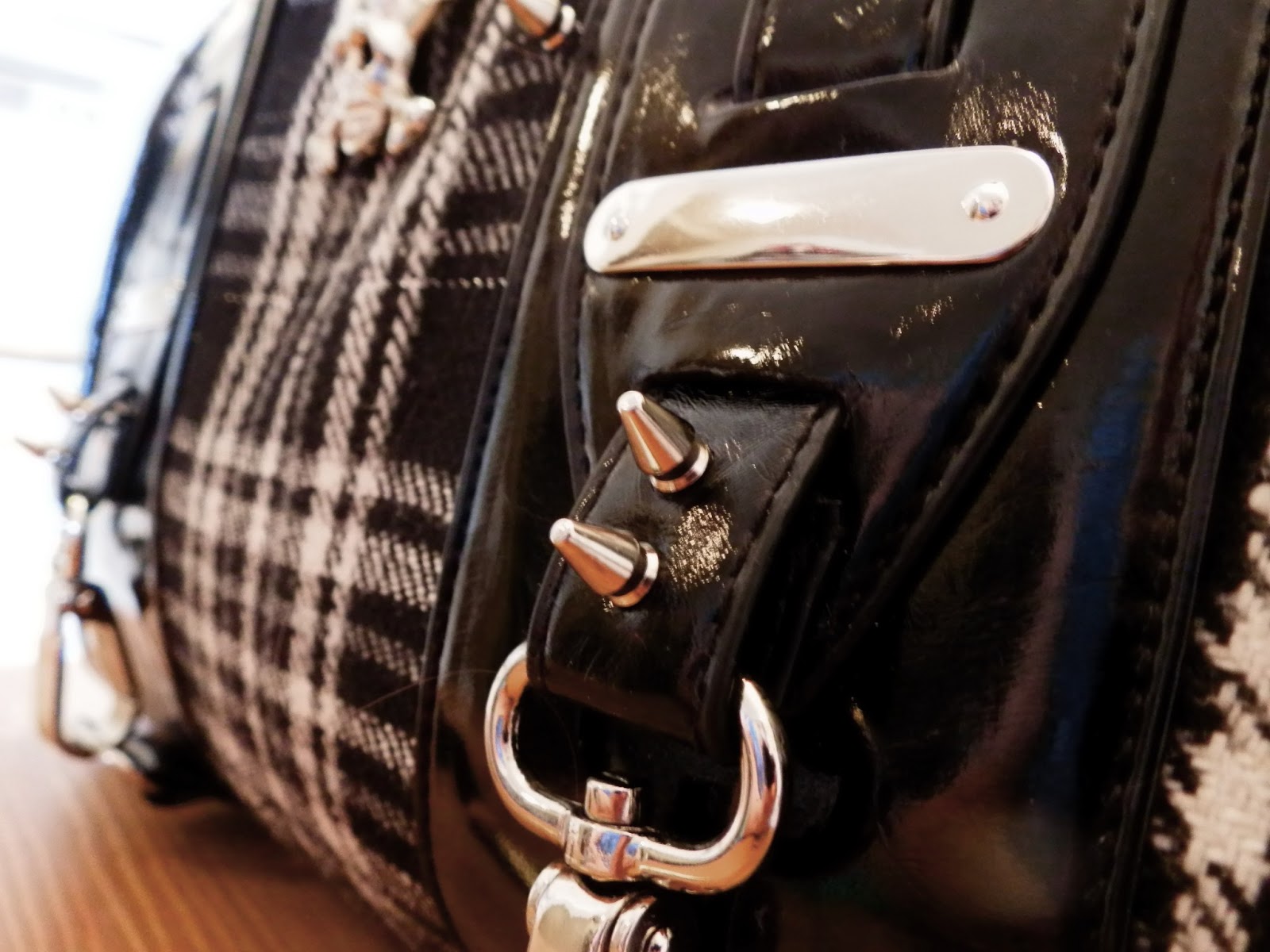 First, I was thinking of putting the spikes on the shiny fake leather parts, two roads on both sides of the metal decorations. Sadly, that could not be done, because the material was so thick and multiple layers. I could not get through it with a needle. So, I put the first ones to the thinner parts of the shiny leather-like fabric. I can honestly say, that it was really tricky to get the back part of the spikes inside the little bounds. 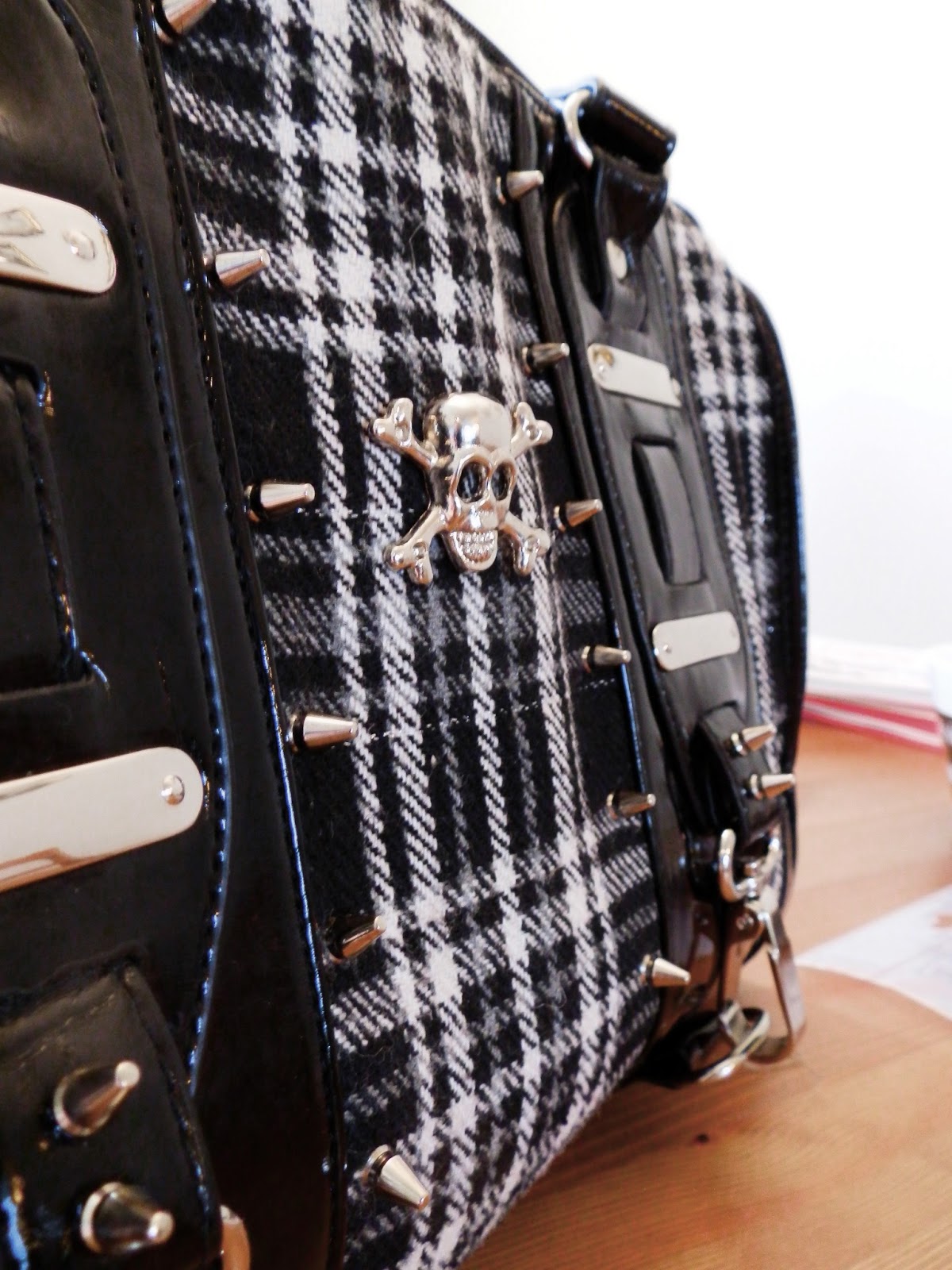 I do not do things like this that often, even though I definitely should. That is why I did not have any special equipment to make the process easier. After four spikes I was totally fed up with the slow process, so I took a little knife to poke the holes into the fabric. It still took a hideously long time, but I must say I am quite proud with what I have accomplished.

Email ThisBlogThis!Share to TwitterShare to FacebookShare to Pinterest
Labels: DIY