As I mentioned, I made a trip to Stockholm, the capital of Sweden with a friend. We went to see some art exhibitions, shopped and generally acted like tourists. Except we made a little photo shoot too. Since it was almost Winter Solstice (18th of December), we decided to do a Winter's Bride. In the pics I am wearing a wedding dress my friend found from a second hand shop and some vintage furs of my own. Lipstick is Make  Up Store's Black Orchid. 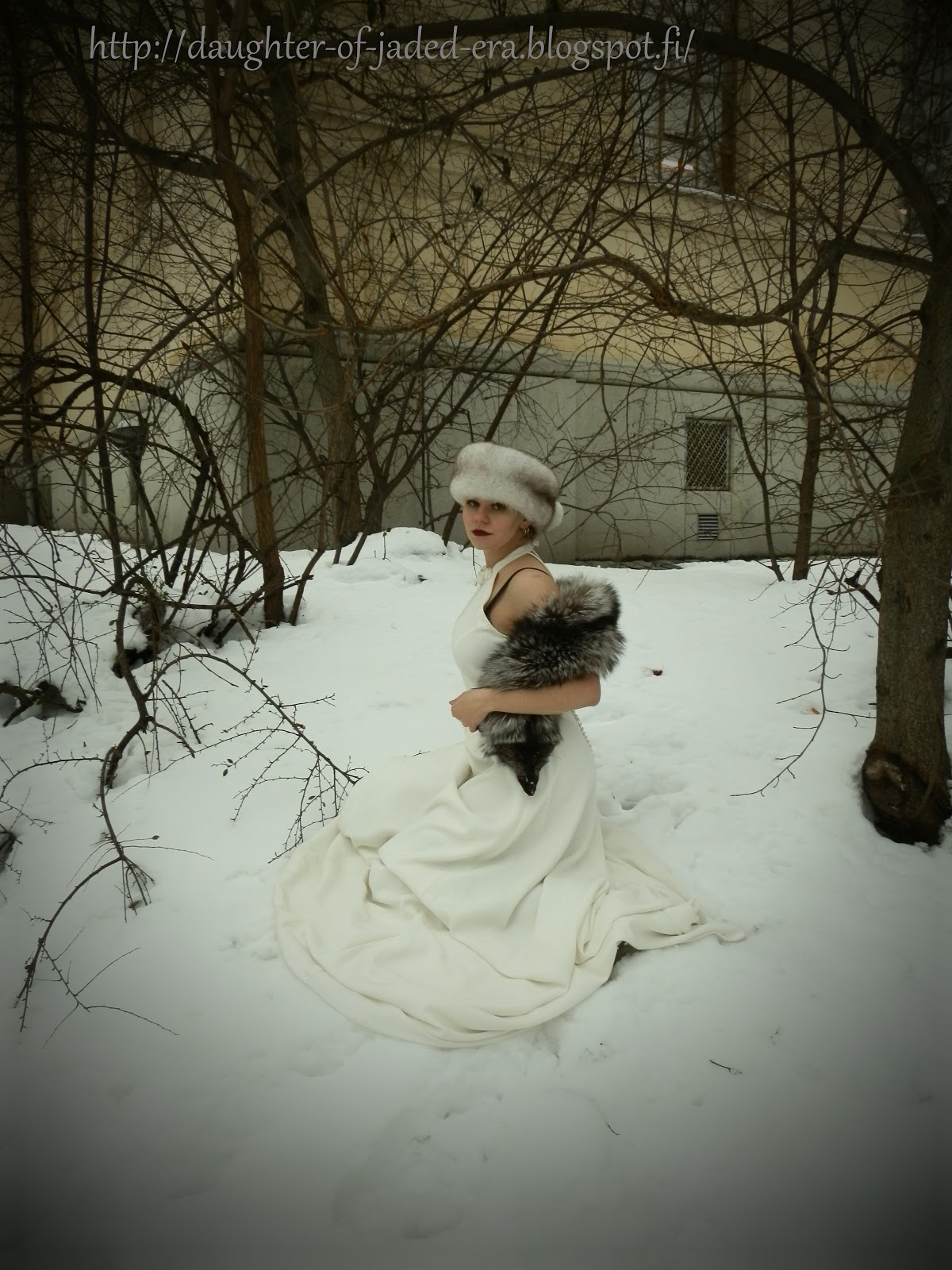 We took these photos at the garden of Royal Library and some dog-owners and joggers apparently were a bit amused by our behavior. I'm just happy if we brightened somebody's day. 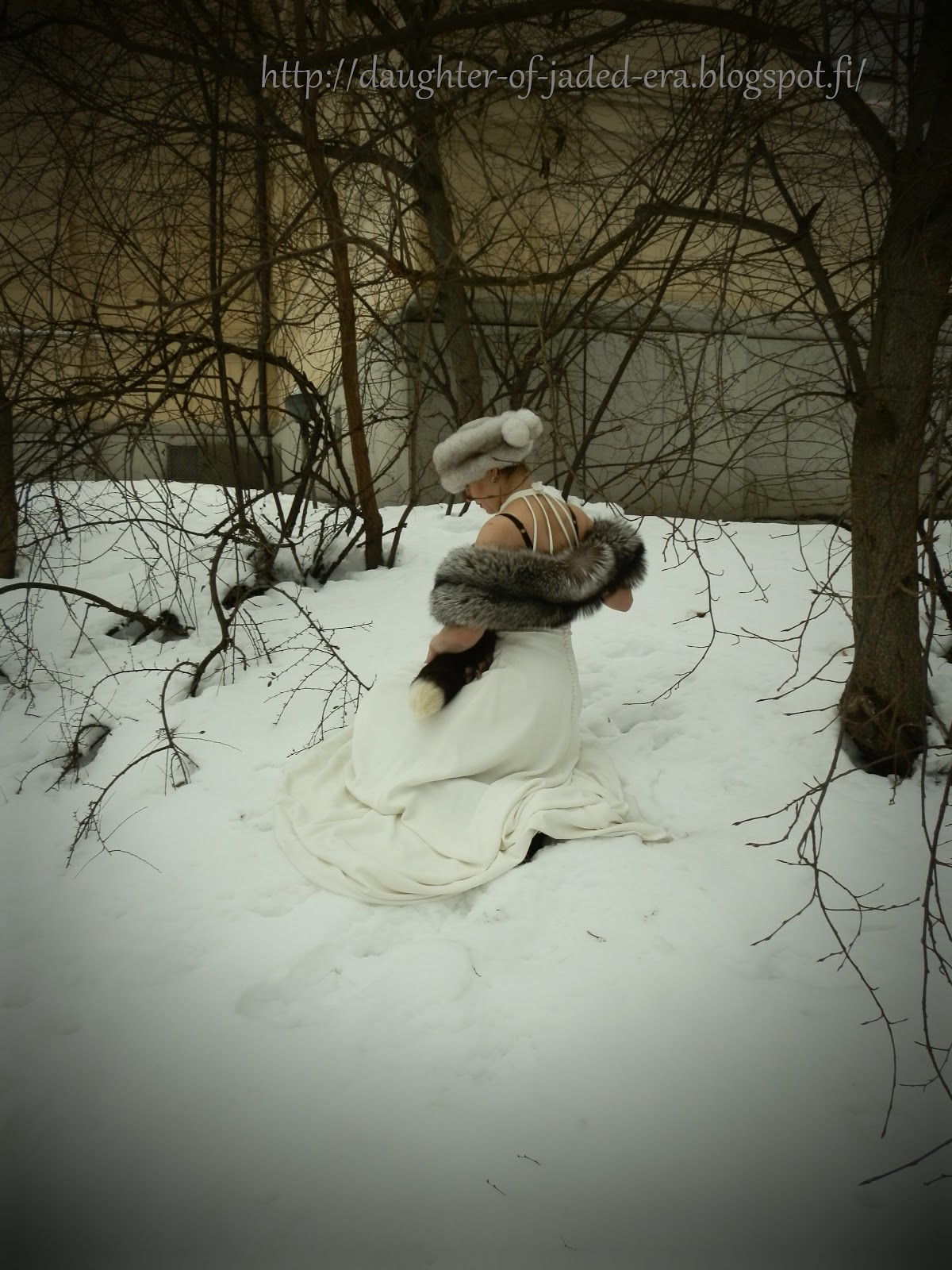 Once again I'll mention that the furs are heritage from my mother's side and the creatures were skinned before I was even born. Also, a poor student like me could not afford furs. :)

Have a happy Christmas, Yule and slightly late Winter Solstice!