Adventures in Taxidermy, or at least with a Skull 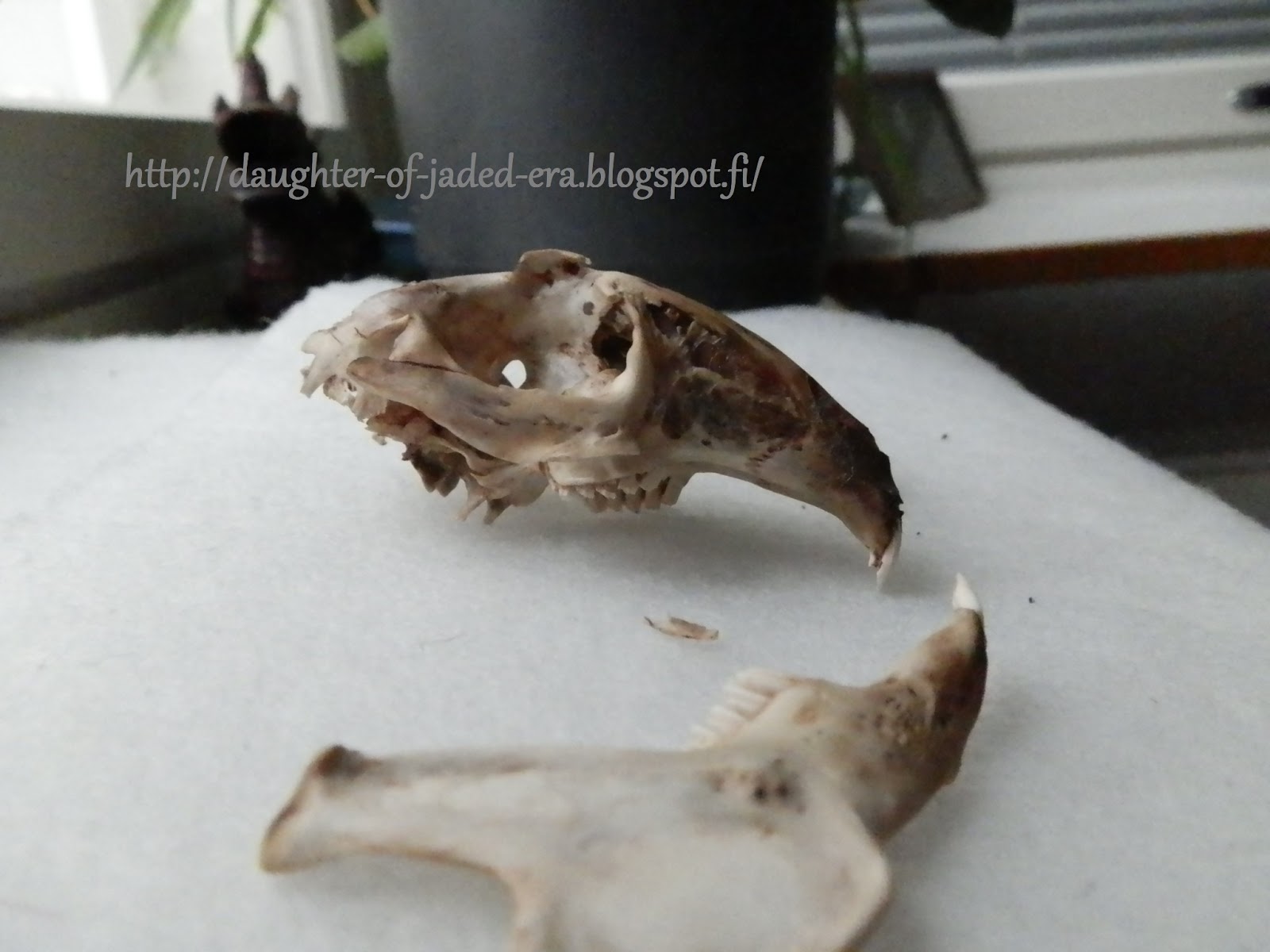 Last weekend I was visiting my family and as a dinner we had a rabbit. While my father was disemboweling the creature and chattering away about should we give brains and other parts we were not going to eat for the dogs, I started to think about the skull. It would be a pretty little decoration in a house or as a jewellery, so I asked if I could try to boil the head of the dead rabbit. I had never done anything like that before, so I was excited about a new experience. My mother was first against it, because it is quite smelly business. So she insisted that I should put a lot of allspice to the water and it was not smelly at all.

It was not a pretty sight, I must say and that is one of the reasons I did not take any photos of the process. It was just a grey lump in the kettle. People tend to whiten the skulls, but I like it like that, more natural-like. 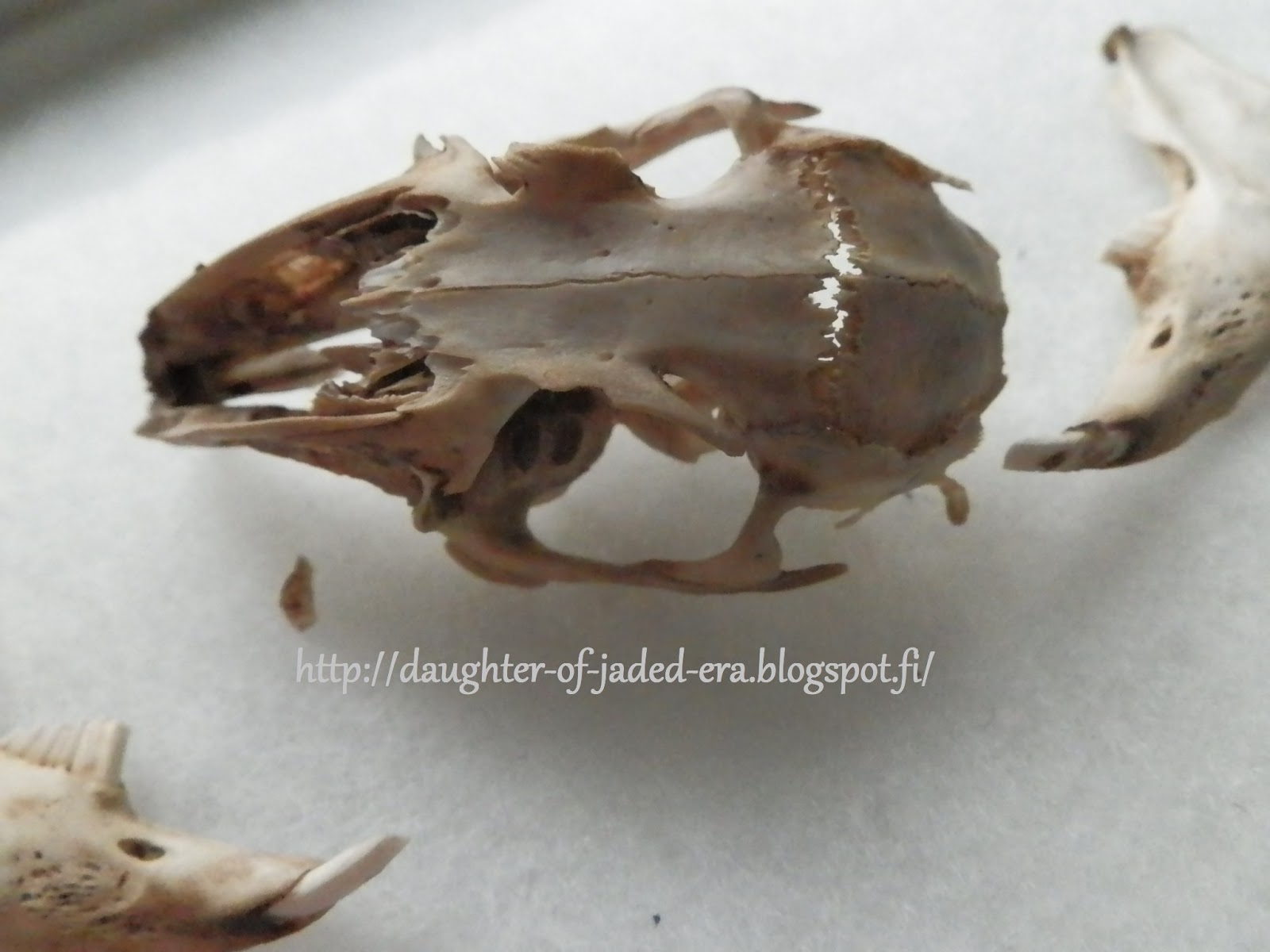 There are no specific instruction about how long one should boil the head, but for a small creature, like the one I was experimenting with, recommendation was one hour if young mammal and about 3 hours if it died old. I cooked it about two hours and when I was removing flesh with a toothpick the jaw got separated. That is the risk if one cooks the head too long, other parts fell off too, not just soft tissue.

That was not really a problem for me. I preferred it to be easier to remove flesh and get a 3D puzzle than the option of a smelly little skull, if I can't get all soft material out of it. First it was a bit awful and slimy, but then I got used to it and it was rather fun to clean the skull.

Boiling a skull is the easiest way to clean it, if one is trying it for the first time. Other ways are for example maggots or through a process of decay. A third option is dump the skull into a anthill. The little buggers eat everything. 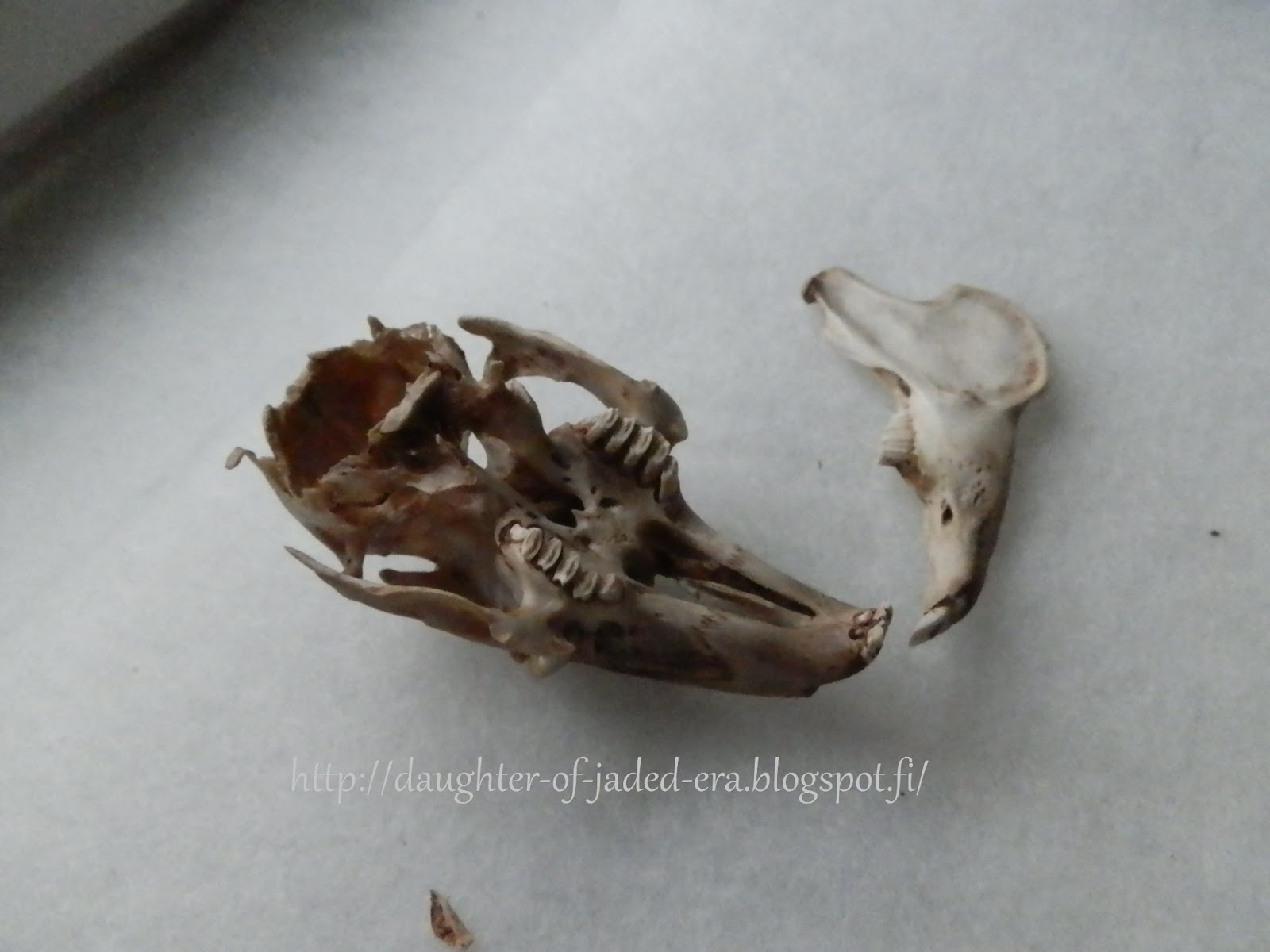