Gothic Art in Spotlight: Salvador Dalí and his museum in Paris and a bit about de Sade

During my trip to Budapest I saw an exhibition of Dada and Surrealism in The Hungarian National Gallery. Once again there was no possibility to take photos but I wanted to mention it, because it reminded me of the Salvador Dalí Museum, l'Espace Dalí, in Paris. I visited that museum of Dalí in May and there it was ok to take photos! I have completely forgotten to write about it!

L'Espace Dalí is situated in Montmartre, Paris. There nearest metro station is Abbesses (about 500 meters) but those 500 meters are uphill and long steps. When I visited the museum, it was a nice spring day and on my way I also admired the buildings, the architecture and some cute sticker street art. 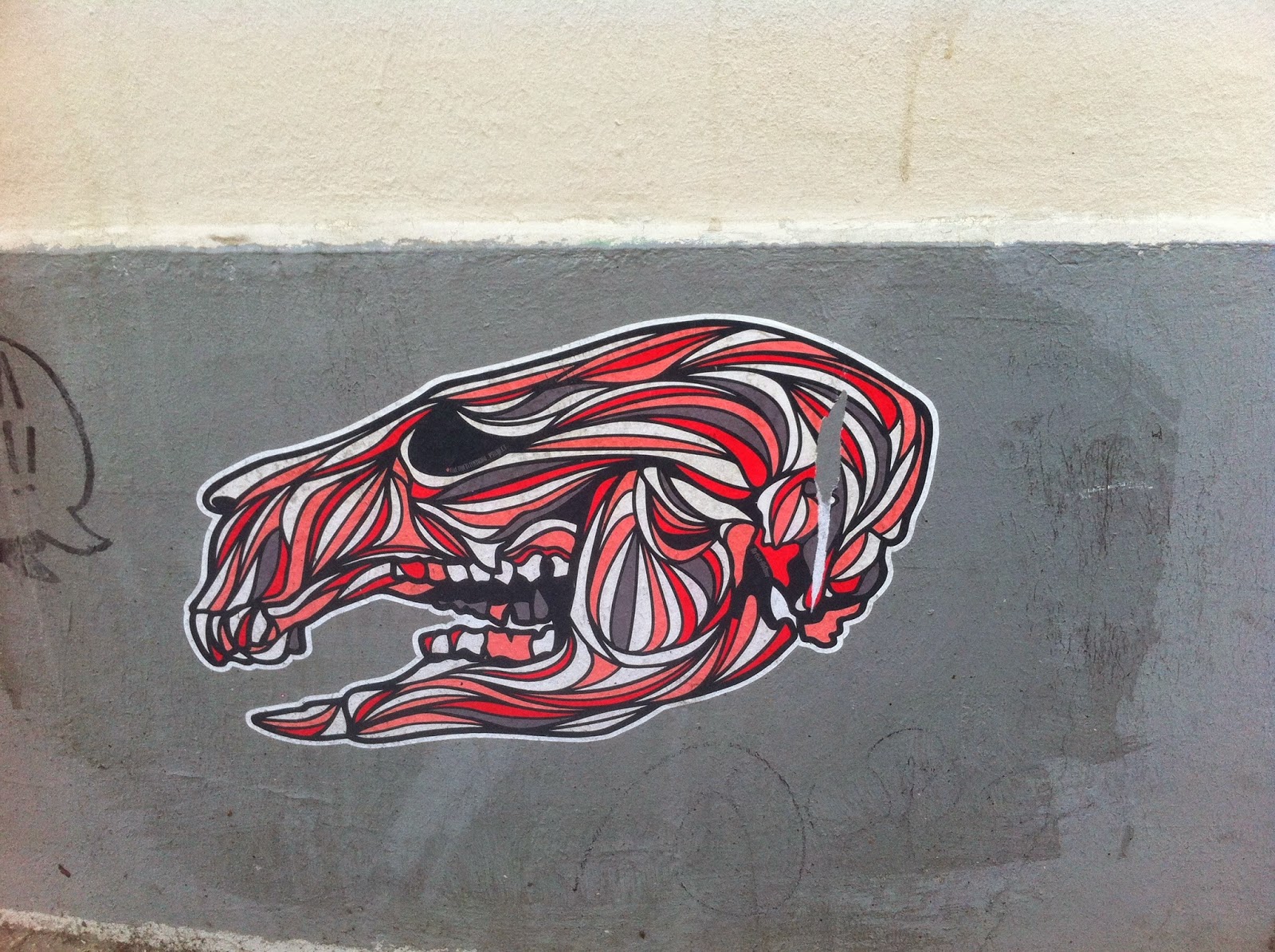 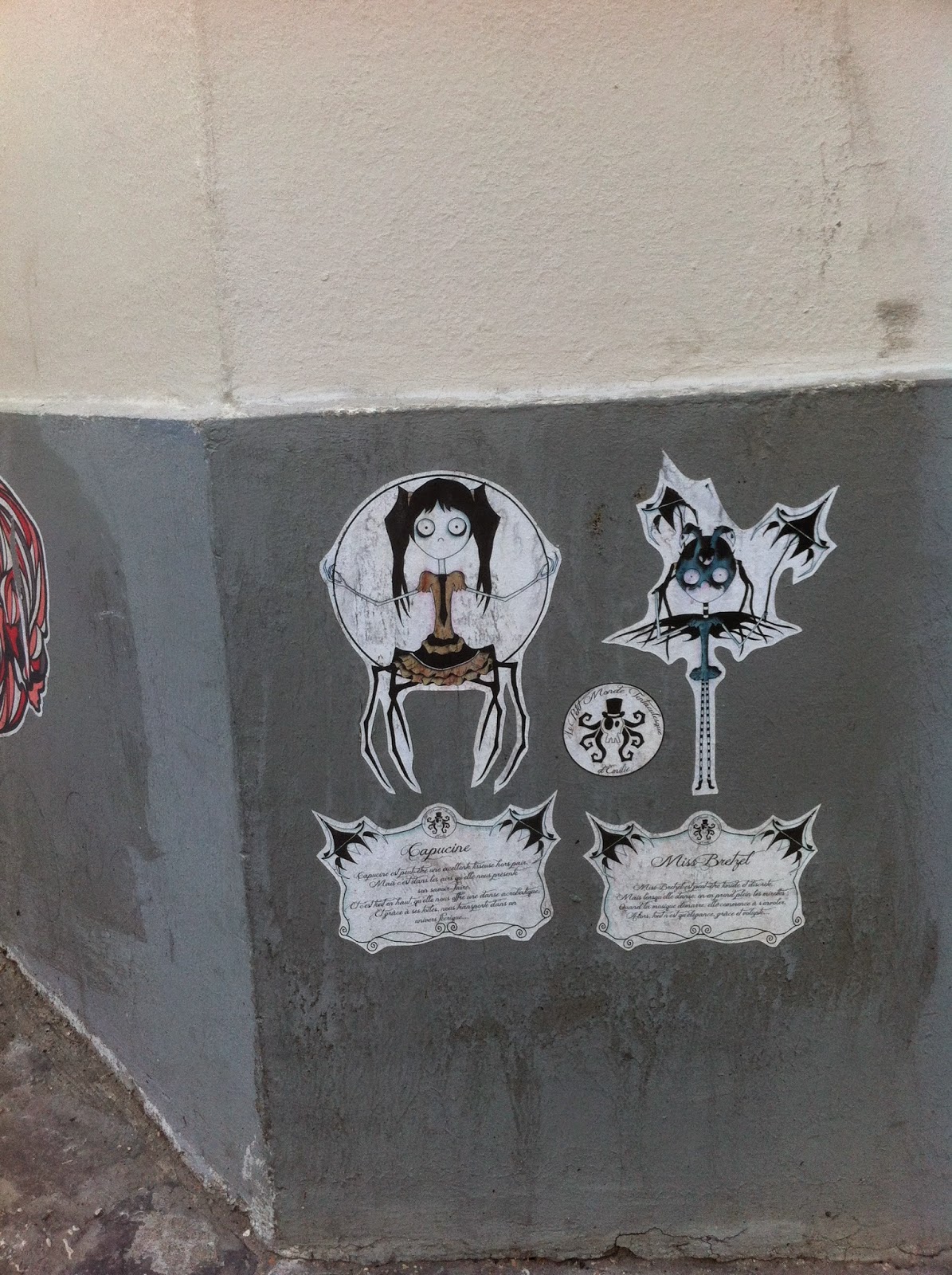 When I got to the museum I noticed I did not have cash. That was actually rather lucky, since the minimum purchase with a card was 10 euros or something, I had to take the audio guide with my student ticket. I usually don't take audio guides but this time I was positively surprised. Firstly, the machine was easy to use and the voice of the narrator was clear and pronunciation very good.

In a way, that audio guide gave me an illusion of having some art expert with me, because it was rather concentrated on surrealism and Dalí's own personal symbolism. I did not agree with everything that voice told me, for instance I think one major thing about surrealism is that it is not always comprehensible, the logic is twisted and you'll just try to enjoy the ride. Like Salvador Dalí has said; " I don't do drugs. I am drugs".

I had forgotten that Dalí had made illustrations for an edition of Alice's adventures in Wonderland. In the museum I saw for the first time all those pretty and light artworks. The audio guide pointed to me, that Alice has a skipping rope in every picture, which I did not notice by myself, since in some pictures Alice was small and rather twisted form and not very visible. Alice in Wonderland has been rather popular among goths for the past few years but Dalí's illustrations are not so sinister and spooky, not straight away at least. Some of them are pretty but I did not get that "I want that on my wall!" feeling when I watched them.

I took some own photos too in the museum, and I can't remember but I think using flash was prohibited. Therefore the photos are not of good quality, besides I took them with a phone. Also it would've been stupid to try to photograph a thing that is inside a glass box. 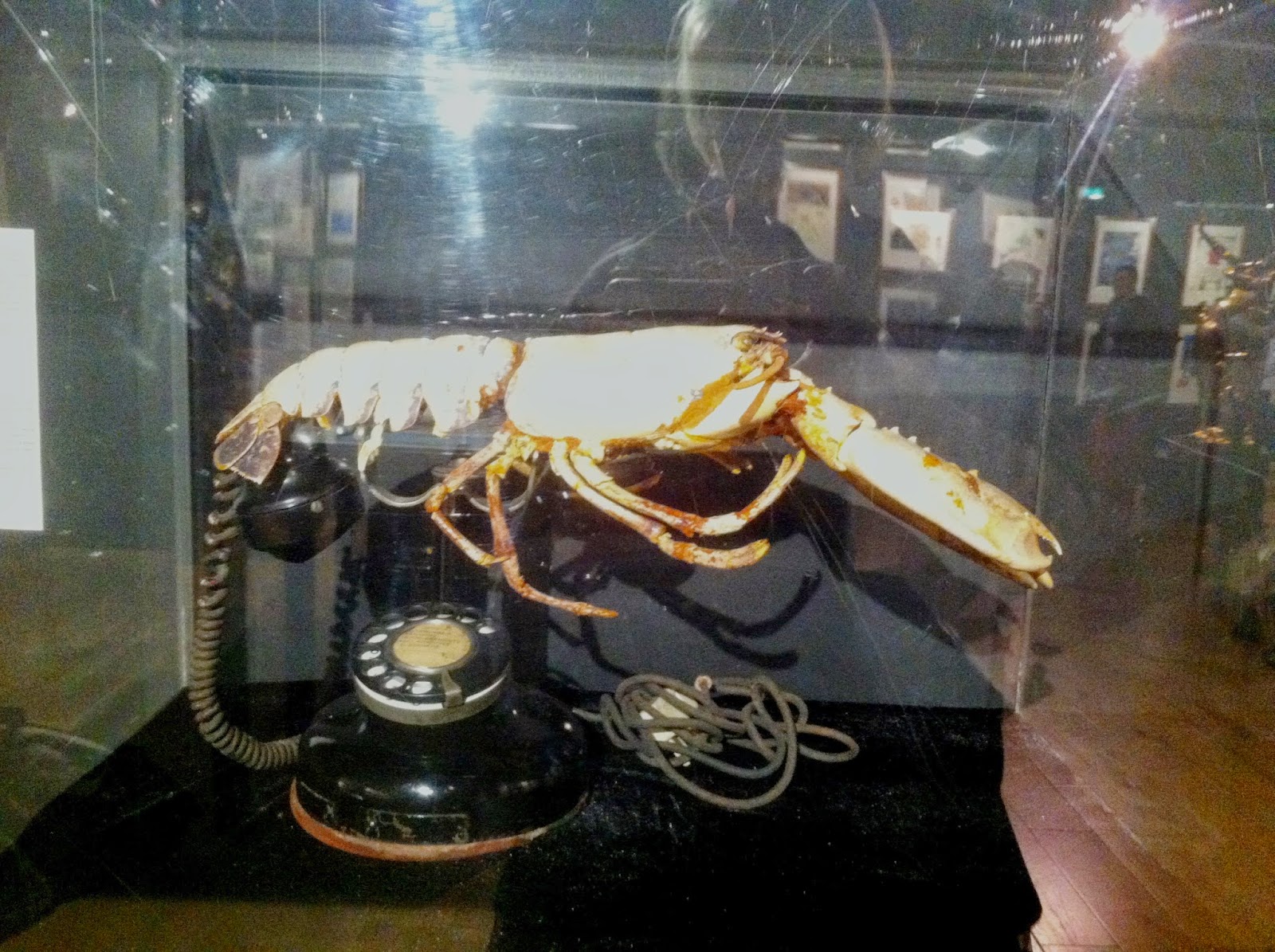 As you can see from this photo, the shielding glass was very reflective and there were numerous little scratches. This is the famous Lobster Telephone and my little paid voice in my ear told me it is significant, that the lobster's reproduction areas are laying on the microphone of the telephone. Now, the hand set of the phone is resting, meaning the lobster is not rubbing its genitals against the mic as a conversation starter to somebody at the other end of the line. Basically, the usual way to interpret this work seems to be sexual but I consider it mainly as a slightly grotesque design. Dalí and other surrealists have some dark notions in their work which I think mostly suits the taste of goth people.

Many of the works categorized as dada or surrealism are object collages and since vintage is hot among goths too, they can be suitable for the gothic taste. Another thing that might interest gothlings, is that Salvador Dalí and other surrealists considered Marquise de Sade as an inspirational character. If you do not remember, de Sade is the person whose name inspired the word "sadism". He has written several books that are basically violence and porn with occasional episodes of moral philosophy. Most famous books are Justine (or The Misfortunes of Virtue) and 120 Days of Sodom. Justine is highly repetitive with everything, the violence, the pornography and the moral speeches of characters. The 120 Days of Sodom is a satire, in which a group of rich perverted guys try to make a nice "holiday" for themselves but almost everything fails and it is really grotesque stuff.

Marquise de Sade was a sick person who was and who would still be out shunned of the society. He lived during the French Revolution and was in and out of prison and the surrealists thought he was rather cool, opposing the mainstream, writing things that were censored, being a libertian. I might remember wrong, but I believe the first half of the 20th century was the time when Marquise de Sade became a symbol of freedom of speech and of more liberal way of seeing premarital sex. That is rather funny since de Sade hardly respected other human beings and his books were censored mostly because they were appallingly badly written. If you have not yet seen, I recommend watching a movie called Quills (2000). That is a rather neat fictional representation of the Marquise de "Liberty of Speech" Sade. That should definitely be something a goth would enjoy!
Posted by Jade at 13:55